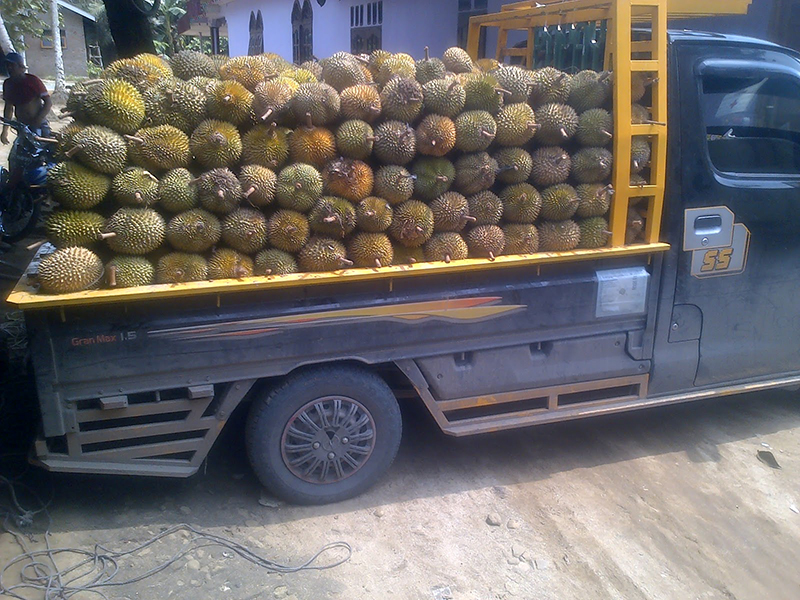 Image: Durian piled up on a pick up. Credit: syafiradurian.blogspot.com.

Gilimanuk police officers arrested a seventeen year old driver of a pickup truck on Monday after they found a motorcycle hidden under a pile of durians in the back. After discovering it, they suspected that the motorcycle was stolen.

The officers stopped the vehicle at the outside post before it entered the port area. They opened the tarpaulin and found the stolen motorcycle under the durian. After questioning the driver, it was discovered that he had already done the same operation four times. He delivered the motorcycles from Denpasar to Jember and claimed that he was employed by a construction worker with the initial R, who works in the Panjer area. He also claimed he was paid Rp300,000 to Rp350,000 per delivery, explaining that he had hidden the bikes under other goods, such as furniture and building materials.


The Head of Gilimanuk Polsek, Commissioner Nyoman Subawa, confirmed the arrest to balipost.com and said that they received trusted information about the delivery.

“We secured an L-300 pickup that brought a Yamaha Vixion motorcycle with police number DK 5259 BK on 3pm and we have received a report that it is a stolen motorcycle,” he said to jawapos.com.

The driver and evidence have been sent to South Kuta Polsek for further investigation.