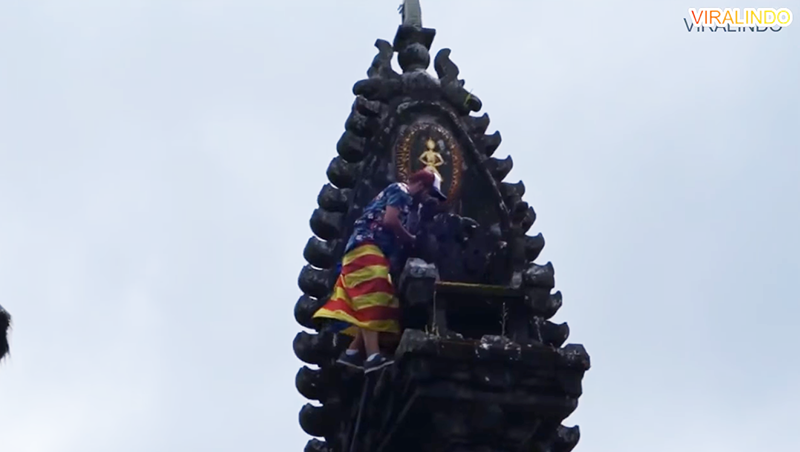 A video that went viral on social media last Wednesday has got a Spanish tourist in trouble and local Hindus and Balinese up in arms and discussing how to tighten the control of tourists at Hindu temples.

No one is exactly sure how old the video is, with some saying it was made in February, but it shows the man climbing the Padmasana shrine, a high thrown-like pillar, and sitting on it. This occurred at Gelap Besakih Temple in Karangasem.

Wikipedia: The padmasana shrine is basically shaped like an empty throne on top of a pillar. Together with the Meru towers, the padmasana is a type of shrine reserved for the most important deity in Balinese Hinduism, usually to represent the Supreme God.

The video was posted on several local social media accounts last week and quickly went viral amongst local Hindus, who are understandably not pleased. 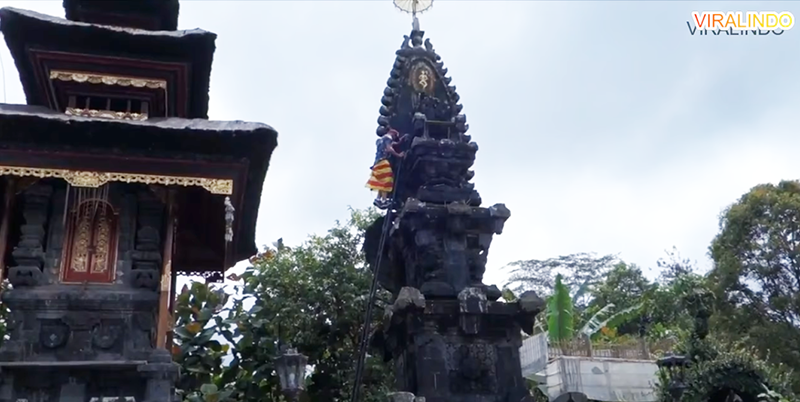 “The guides know that entering the inner area for anything except praying is prohibited, but as soon as our backs are turned, they go inside with their guests,” claimed Sudiana.

He also hoped that the Hindu people don’t get too upset with this incident.

Meanwhile, the man named Bernat, who climbed the shrine (wearing a Catalan flag? Ed.), has posted an apology on his Instagram account, @bernatporelmundo, (the account now appears to have been deleted. Ed). The apology stated that he did not know that it was forbidden to do such a thing. 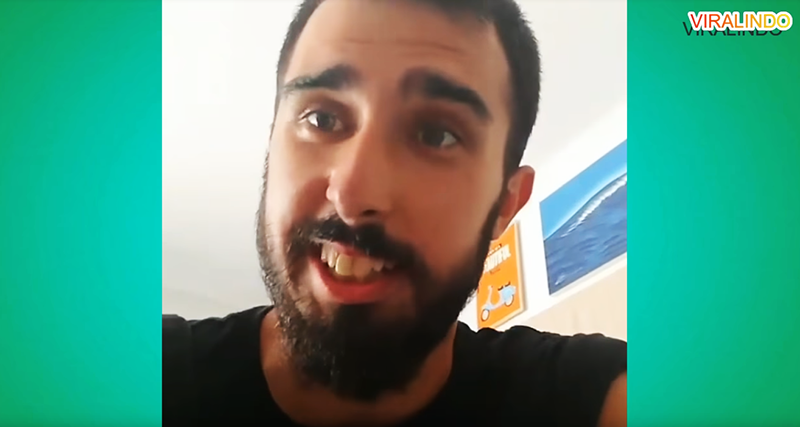 Meanwhile on Friday, Bali Vice Governor I Ketut Sudikerta appealed to the authorities to thoroughly investigate the incident.

“I have asked for the security in Besakih Temple to be improved, in order to maintain the sanctity of the temple,” he said after performing prays at Besakih Temple along with people in Besakih, Karangasem regency on Friday (20/4).

And Head of the Gianyar Tourism Department, AA Bagus Ari Brahmanta joined the debate on Sunday (22/4) saying that signage at all tourist temples needed to be written in more languages, because not all Europeans, Asians and other guests, understand English.

“This is important, because guests to our island come from all over the world so it must be written in several languages. What is and not allowed should be listed clearly and firmly. And added that there should be a local supervisor or guide stationed at every tourist temple to make sure that outsiders who visit our shrines don’t escape from supervision,” he told Bali Post.