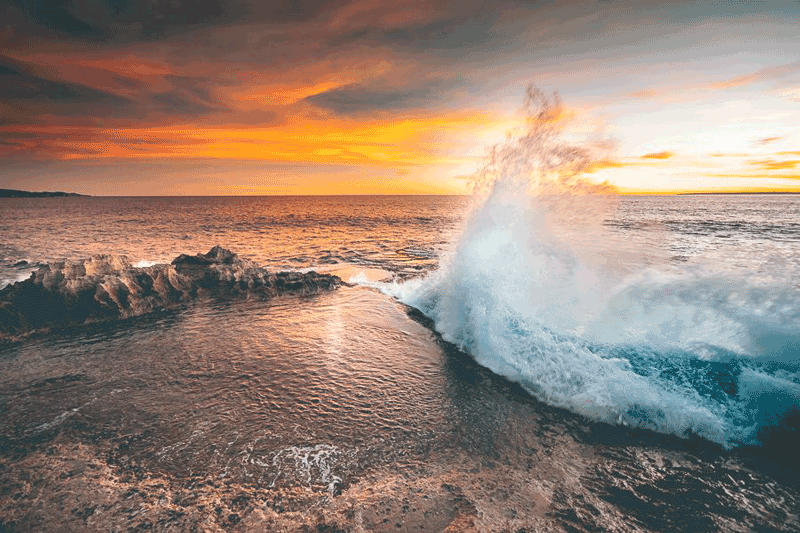 A US citizen, Aviv Meshil, 23, was swept away by big waves while riding a paddle board off Mushroom Beach, on Nusa Lembongan on Monday.

A joint team of National Search and Rescue Board (Basarnas), Indonesian army and police, with help from local fishermen, tried to find him, but they still couldn’t find the man until Wednesday.

The man, who actually comes from Israel, rented a paddle board from Nusa Island Surf School on Mushroom Beach on Monday at around 1.45pm. He took the paddle board out to the water and after 15 minutes, the owner of the surf school, Kadek Suika, says that he screamed and warned the man that there were big waves. He said he asked the man to stay away from the waves, because it was dangerous, but he claimed the man ignored the warnings and even went further out to sea.

After a while, two other residents, Ngurah Arnawa and Made Widiana, claimed they jumped into a small boat and went out to the victim. They said they asked him to go back to the beach, because the waves were too big and dangerous, but, once again, the victim ignored the advice and kept paddling the board further out to sea. The two locals went back to shore and kept an eye on the victim from the beach. At around 2.30pm, the victim disappeared from view, after apparently being swept away by big waves and he couldn’t be seen anywhere.

At this point they reported the incident to the police, who forwarded the report to Denpasar Class A Basarnas. A joint team searched for the victim, but they still couldn’t find him until Wednesday. The Head of Klungkung Polres Public Relation, Commissioner I Putu Gede Ardana, said that a joint team of Basarnas and TNI/Polri searched for the man in the Tanjung Sanghyang area. “But we still could not find him until this afternoon,” he said to nusabali.com in Semarapura yesterday.

Meanwhile, the Head of Denpasar Basarnas, Hadi Adi Purnomo, said that they started to search for the missing man on Monday afternoon. He explained that the report of the missing person arrived on Monday at around 4.15pm. “15 minutes later, our personnel headed to the location via Benoa Port, Denpasar. Our team only searched for one hour before it was already dark,” he said.

Hari also said that the search was led by the Head of Denpasar Basarnas Operations, IB Surya Wirawan. They assigned six personnel with a Rigid Inflatable Boat (RIB). Hari explained that they also coordinated with several boats that were passing through the area.

Until now there is still no sign of the man.