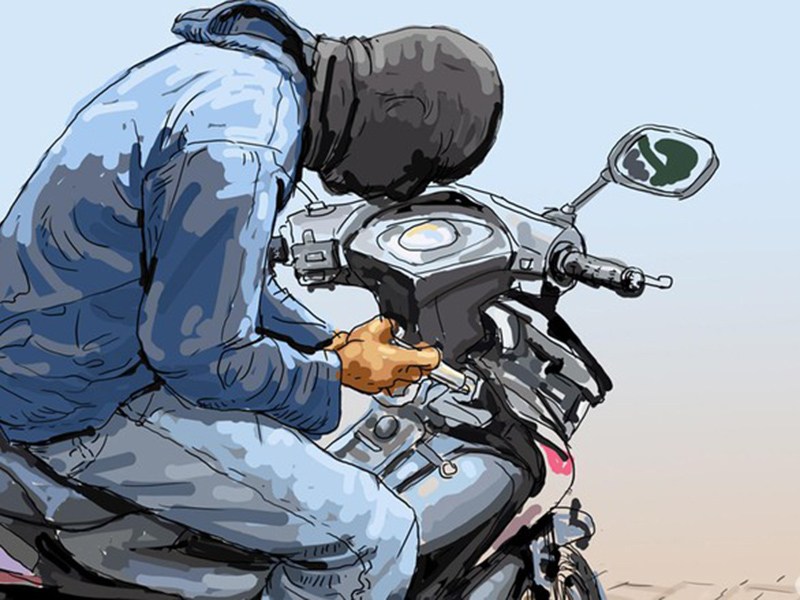 Two men were arrested for stealing a motorcycle on Friday, November 24 out the front of a popular Seminyak beach restaurant and café.

Teguh Haryono, 24, and Agus Wijaya, 35, were caught by Kuta Police for stealing the motorcycle owned by Febri Indro Prasetyo, 20, one of the employees at La Planca Restaurant, Seminyak. The Head of Kuta Police, Commissioner I Wayan Sumara, said to koranjuri.com that there is another suspect, Rizal that is still being pursued by police.

The incident took place at La Planca Restaurant parking area while the victim was working. At around 4pm, the victim parked his Vario motorcycle and locked its handlebar.

When he finished working at around 11.50pm, the victim went to the parking area to find his motorcycle was already gone. He reported the missing bike to Kuta police on Saturday.

After getting the report, a Kuta police team led by Iptu I Putu Budiartama, went to the crime scene, searched for a witness and checked the CCTV footage.


Police found the motorbike on Wednesday (6/12), when investigating evidence in Monang Maning area, West Denpasar. They found a motorcycle that had similar characteristics with the lost one. The police pursued and stopped A.W. who was riding the motorcycle at the time.

“When we asked him to show the vehicle registration (STNK), he could not show it. After we checked the motorcycle, we knew that it was the lost one that was reported by the victim,” Wayan Sumara said to tribunnews.com yesterday.

A.W. claimed he bought the motorcycle from his friend, T.H., with the price of Rp2.7 million. Based on this information, the team pursued and caught T.H. on Jalan Pulau Belitung, Denpasar, on Sunday at around 11pm.

They used the money to pay room rent and food. Teguh Haryono is facing seven years in prison, while Agus Wijaya four years.