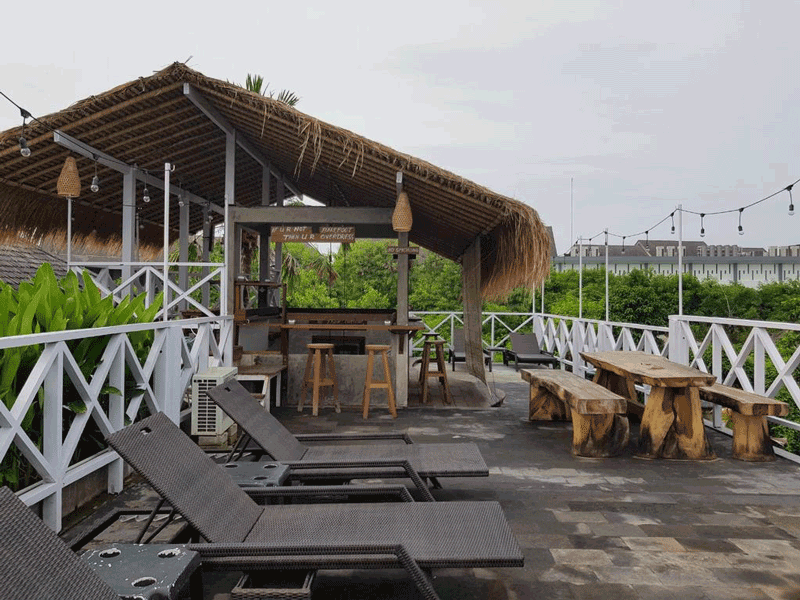 Two male tourists fell from third floors over the past few days in separate incidents in Kuta and Canggu.

In the first, last Friday night (1/3/2019) an Australian tourist suspected of being intoxicated and after having a fight with his girlfriend, fell from the third floor of Hard Rock Hotel on Jalan Pantai Kuta. As a result, until Tuesday (03/05/2019), the man, George Anthoni Pilason (34), was still being treated in hospital and in a critical condition.

Police spokesperson, Detective Putu Ika Prabawa told Berita Bali, a security officer at Hard Rock Hotel, I Made Suardika (40) came to the main door of Wing Number I at 11.50pm because there were complaints from guests staying on the third floor that there was a commotion in rooms 1,311 and 1,307.

The unconscious man, with multiple injuries, was rushed by ambulance to Kuta BIMC Hospital and is still in critical condition.

“From our investigation, we found the victim stayed at Four Points Hotel, Kuta, with his girlfriend named Deann Dianna Kalantzis from Australia,” said the inspector to Bali Post.

Previously, in the Four Points Hotel that night, the victim had allegedly quarreled and hit Dianna. As a result the woman suffered bruising on the left eye and ruptured her lower upper lip causing bleeding.

The woman was taken to Siloam Hospital by hotel staff, while the victim escaped from the hotel and finally had the accident at the Hard Rock Hotel.

In what police suspect to be an attempted suicide, the victim was found covered in blood on a vacant lot behind SEDNR Surf Stay on Jalan Kampung Bali II, Canggu, Tuesday (5/3) around 6.15 am.

The suicide attempt was witnessed by a Canadian tourist who was exercising in the open space on the third floor of SEDNR Surf Stay. The man initially saw the victim walking alone to the edge then jumped off.

“The victim fell to a vacant lot behind SEDNR Surf Stay face up and suffered a broken neck and back,” said a source.

Residents contacted the North Kuta Police Sector and took him to the Canggu Abdi Medica Clinic. “The victim’s neck suffered a wide wound due to a black rope that ensnared his neck. Residents cut the rope with small scissors,” said the source to Berita Bali.

Police investigators led by Detective Adroyuan Elim investigated the location and found blood stains in the SEDNR Surf Stay bathroom and also on the stairs from the bathroom to the third floor.

Employees at the homestay claimed to not know the victim. “The victim stayed in another place and tried to kill himself there. The victim was eventually taken to Sanglah Hospital,” said the source.

North Kuta Police Commissioner I Putu Gede Anom Danujaya said they were still trying to find out the motives of the alleged suicide attempt. “We are still investigating,” he said, Tuesday evening (3/5).