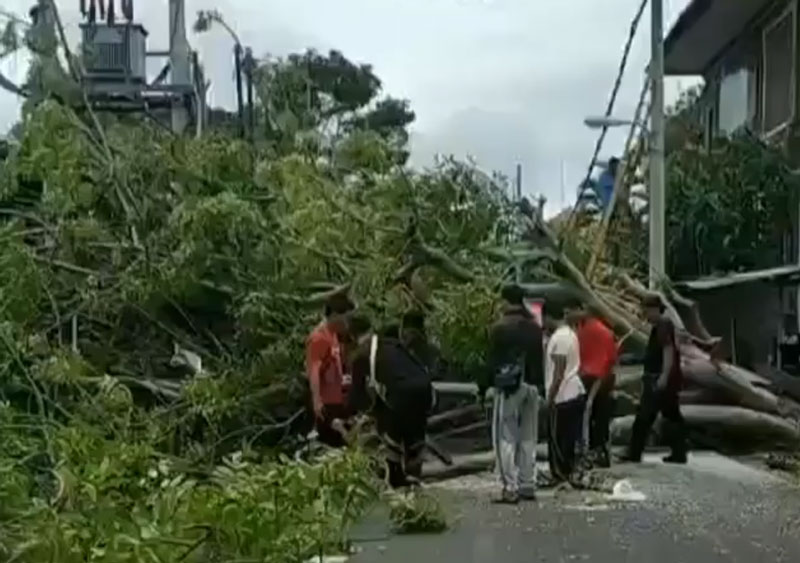 Strong winds hit Bali on Saturday afternoon and caused at least five large trees to fall in the Badung district. The Head of Badung Regional Disaster Management Board (BPBD) Emergency and Logistic Units, Dr. Ni Nyoman Ermy Setiari, confirmed the accidents yesterday. “Due to the extreme weather, there were five falling trees that were reported,” said Ermy Setiari to balipost.com.

To anticipate more accidents, Ermy Setiari advised everyone and especially people living in Badung to be cautious when they were on the roads as many branches of large trees had falling on to roads because of the strong winds.


She explained that a large tree had fallen at Jalan Raya Kuta Beach, near the Hard Rock Café hitting a police post and damaging PLN electricity cables. Another tree on Jalan Munggu Kapal, Abiansemal, Mengwi, hit a car of a local resident. Another three large trees fell across roads but without significant damage.

“From the five incidents, the one that occurred on Jalan Raya Munggu Kapal was the worst because the tree fell and hit a four-wheel drive vehicle. Fortunately there were no casualties. We hope everyone is cautious when they are on the road,” she concluded.

The winds have died down now since last night as the low pressure system sending the wind and rain moves south to Western Australia. However, the Weather Bureau is still predicting high winds to continue for the next three days.