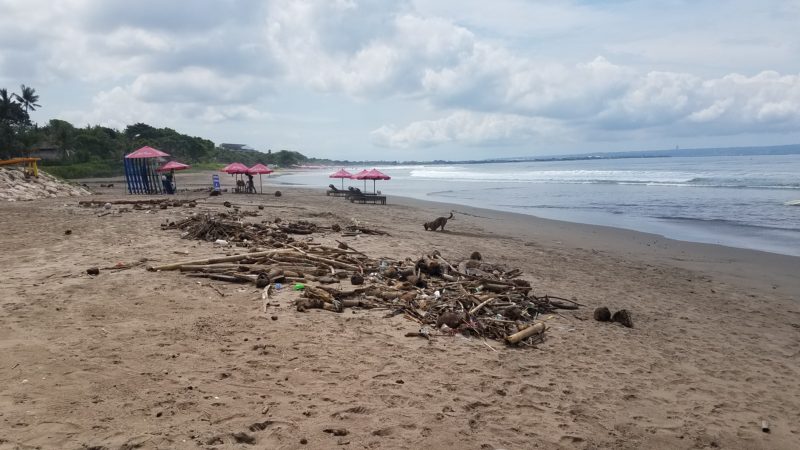 Rubbish coming from the sea is back on Kuta and Legian beaches for another messy start to the wet season. Branches, logs and plastic bottles, etc are back and the Badung Environmental and Sanitation Department (LHK) has set the trash status to ‘emergency’ starting from Tuesday.

“Last week when the status was standby, the daily amount of rubbish being cleared was five tons, but now that has significantly increased to 50 tons,” said the Chief of Badung LHK, I Putu Eka Merthawan. 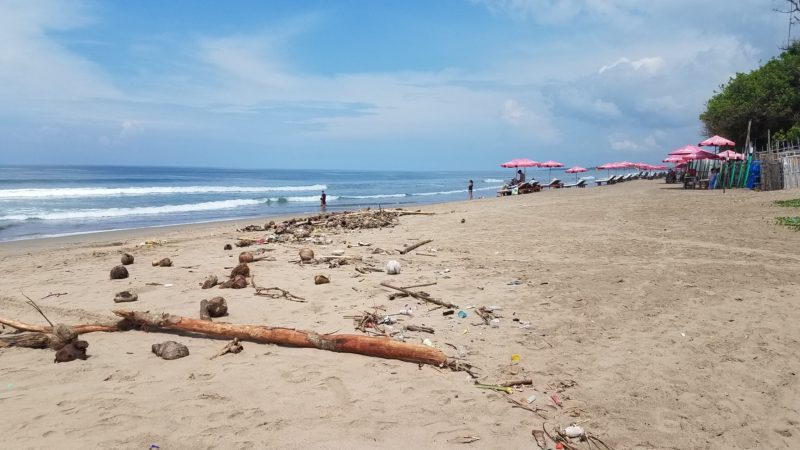 The LHK claimed that this type of trash was out of their forecast, because last year the trash was mainly caused by a cyclone that happened in December. (Really? Ed.) “But we have communicated to the Badung authorities including the regent, vice regent, and the regional secretary about this situation,” Merthawan said to nusabali.com.


The local authorities have sent officers to the Kuta and Legian beaches to deal with the trash and to keep the area clean and the tourists happy.

“We plan to send about 700 officers to the beaches to pick up the trash today.”

Even though, this emergency status did not apply to all beaches. Perenan, Canggu, Seseh, Brawa, Petitenget, and Jimbaran beaches are still on the standby status. Fast Reaction Units outside Kuta and Legian beaches were asked to be alert. 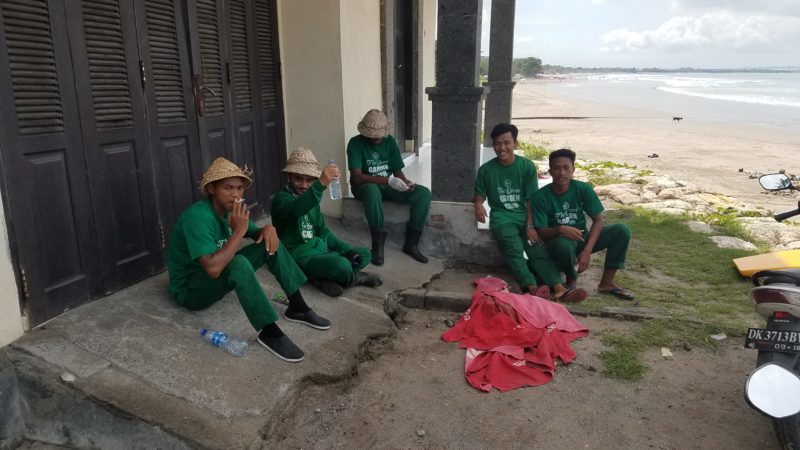 Merthawan instructed the Fast Reaction Units to explain to the community, especially to tourists, that they don’t need to be panic, because it happens every year. (Lovely. Ed)

“The community and the tourists don’t need to be panic. We have already prepared the solution that follows our standard operating procedures,” Merthawan said.

Meanwhile, Badung DPRD member, Luh Gede Mediastuti encouraged the related departments to sort out the trash on the beaches.

“This incident happens every year, so the handling must be better than last year,” she stated. She also hoped that the handling of this situation was not just from the seashore, but also from downstream (or up river. Ed), so the trash doesn’t even get to the beaches.

Images: This morning on KuDeTa Beach with the workers cleaning up the trash.

Ed. Over the past few weeks there has been a lot less trash on Kudeta Beach than in previous years at the same time, which is notable considering the amount of rain we have had. (or are they doing a better job of cleaning it this year?)