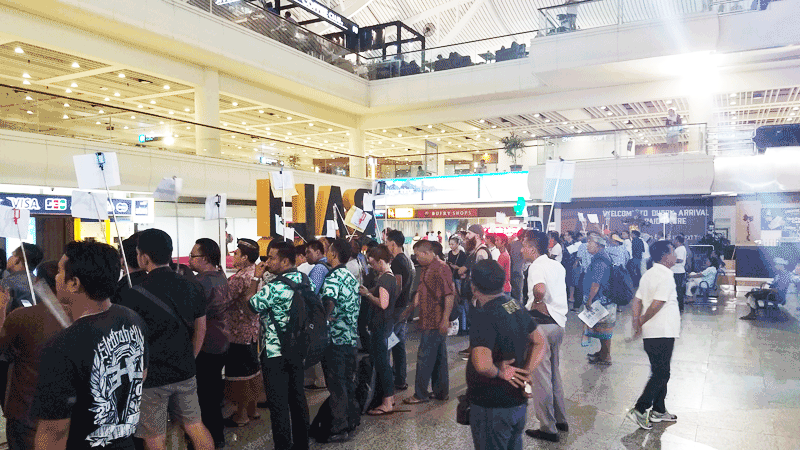 Transportation Minister, Budi Karya Sumadi, said that his side will improve Ngurah Rai International Airport capacity to increase tourist visit numbers on Bali. He claimed that there are new nine airlines that would fly to Bali. That’s why he held a meeting with related parties to evaluate what they should improve on the airport.

“I held a meeting here to follow up the president instruction, which said that the tourist visit numbers should be monitored and increased. That’s why I want to know what we should improve on this airport,” he said on the official statement, which was received by mediaindonesia.com on Saturday. He explained that his side would add the flight slot, especially for international routes. That’s why, his side would prioritize the international airlines to take off and landing on golden times.

“Their golden time occurs on 11.00pm to 07.00am UTC. That’s why, we would prioritize the international flights,” he added. Moreover, the minister also explained that there would be a time limitation for ground time, which shouldn’t be more than 3 hours. “I hope we could improve the capacity up to 30 percent with those steps and we would prioritize international routes,” he explained.


Budi claimed that there are new nine airlines that submit their requests to fly to Bali. Those requests come from Japan, Taipei, Bangladesh, Cambodia, Australia, Singapore, Abu Dhabi, and Malaysia. “If we assume that there are 200-300 passengers per flight, then there would be another 2000 passengers per day. So the visit would increase 30%. That’s why I asked Transportation Ministry, Airport Authority, Angkasa Pura I, regional government, and Transportation Board to collaborate to optimize the opportunity,” he concluded.