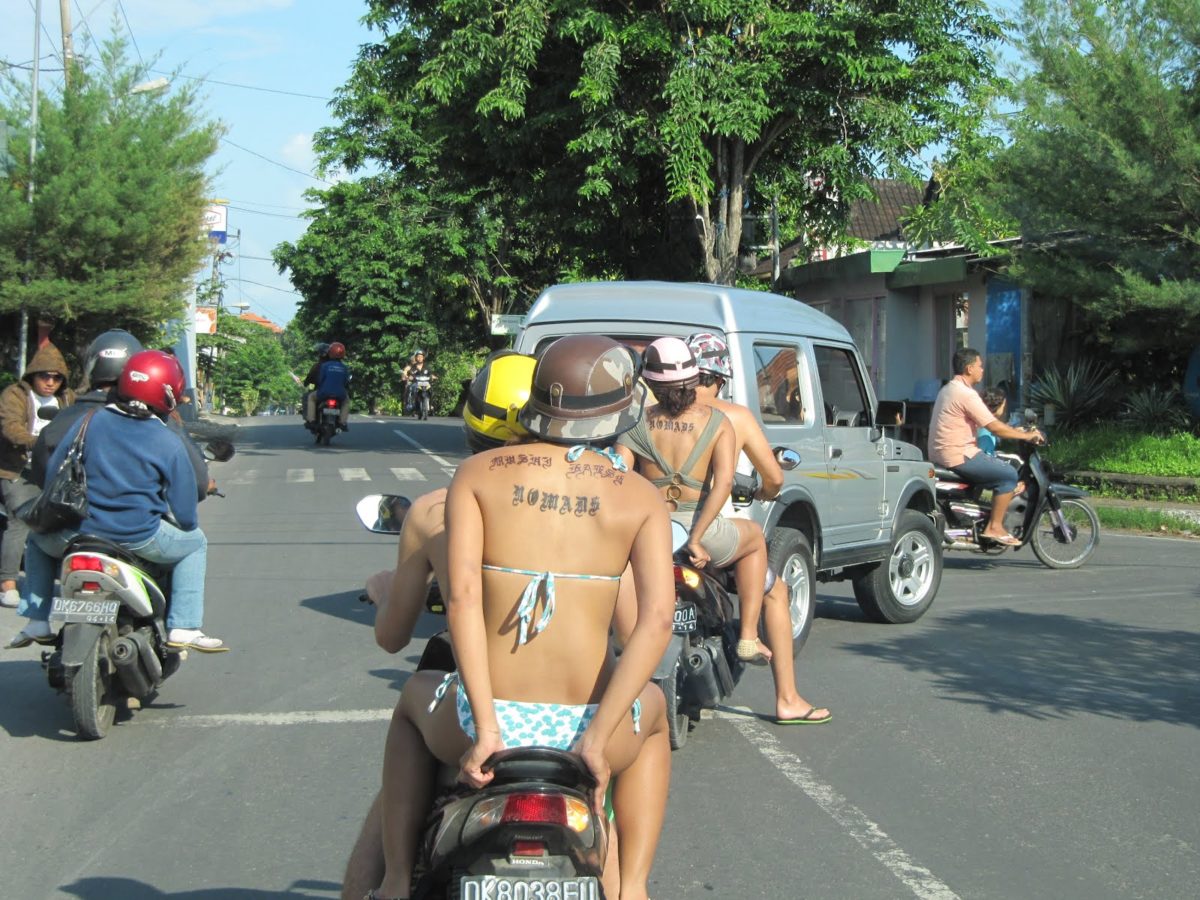 Starting yesterday, Operasi Patuh Jaya 2017 will be held across Indonesia for 14 days until May 22. The police operation targets traffic violators, and foreign tourists are not excluded.

“Tourists who don’t wear shirts or only wear a bikini will not be fined, but they we will sent back to their hotels (to change, we presume. Ed),” said AA Made Sudana, Head of the Bali Traffic Police, as reported by Berita Bali.

Sudana explained that the priority of the operation is to lower the number of accidents in Bali, since, based on his data, there were 46 cases of accidents reported causing the death of 15 people during last year’s operation alone. The total number of road accidents that happened in Bali in 2016 amounted to 25000, while up to April of this year there were a reported 5000 accidents.

According to a report in yesterday’s BaliPost, Sudana said that the traffic death toll in Bali last year was 480 people. Most of the victims are motorcyclists.

For the operation (which last year caught 10.220 drivers), the police have deployed 1175 personnel with the aim not only to target traffic violators but also drivers who carry too much load. “We have already coordinated with the Transportation Agency to deal with these traffic violators,” said Sudana.

And he ensured the public that his personnel won’t be engaging in the collection of illegal fines. “I ensure that our members will not engage in such acts. We guarantee this to be a clean operation. We have supervisors in the field.”

He also mentioned that it would be more difficult to collect illegal fines since the police now have implemented E-Tilang (or E-ticketing) during the operation. But if the public was confronted by any dishonest police officer he implored them to report the case immediately.

(So get ready to visit court or pay the real fine next time you are caught out on the streets of Bali. Ed)