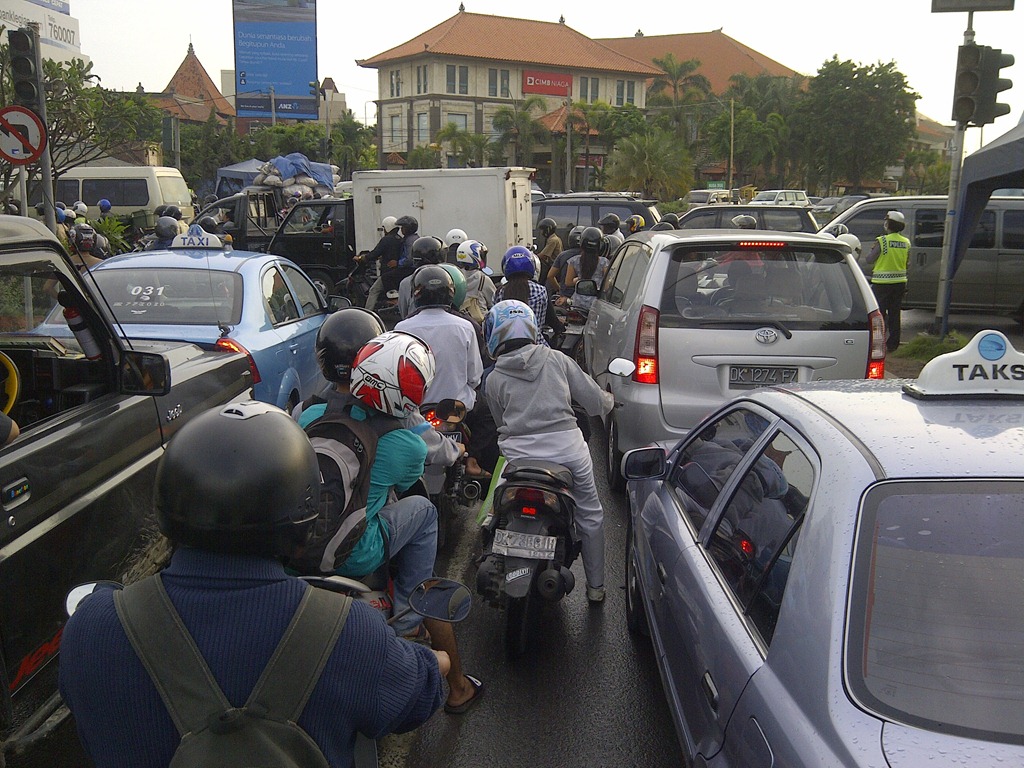 A massive traffic jam took place yesterday at Jalan Raya Canggu that leads north to Tanah Lot from morning until noon. The line of vehicles starting to creep slowly before the intersection at North Kuta District Office, as well as the intersection of Berawa Beach and Batu Bolong Beach, right down to Jalan Batu Mejan – Tanah Lot that stretched 3 – 4km.

All intersections along the road from Jalan Raya Canggu to Tanah Lot were effected.

Recently the roads in Canggu are prone to traffic jams, especially during rush hours and over the weekends. Many people have complained about the traffic but so far the problem hasn’t been remedied.

According to one motorcycle driver, due to the traffic jams now the time it takes to go from Kerobokan to Cemagi Village in Mengwi District can take up to more than one hour, way longer from the previously 20-minutes. “I would go from Kerobokan at 8am, and I would arrive at Cemagi at 9am. The traffic is terrible,” he said, as quoted by Nusa Bali.

Tofan Priyanto, Head of Traffic Division from Badung’s Transportation Agency, admitted that Jalan Raya Canggu is now prone to traffic jams because it’s used as an alternative road for vehicles going from Tanah Lot to Kuta, Nusa Dua, or vice versa. He mentioned there are many factors that contribute to the increase in traffic, namely the growing number of vehicles, as well as narrow and damaged roads. “Then it’s also exacerbated by the present water pipe repair project,” Priyanto said. “Traffic jams have become unavoidable.”

He added that Badung’s Transportation Agency has done their best to assist the police in overcoming the traffic, but the limited number of personnel remain an issue. “North Kuta is part of South Badung’s territory and they are in charge of three areas including Kuta and South Kuta District. And their team only has 110 personnel divided into those three territories. That’s why they only have a maximum of 30 personnel per shift.”

“And actually if big buses from Tanah Lot are redirected to take the main highway, through Kediri, I think it will decrease the number of vehicles passing Jalan Raya Canggu,” he said.