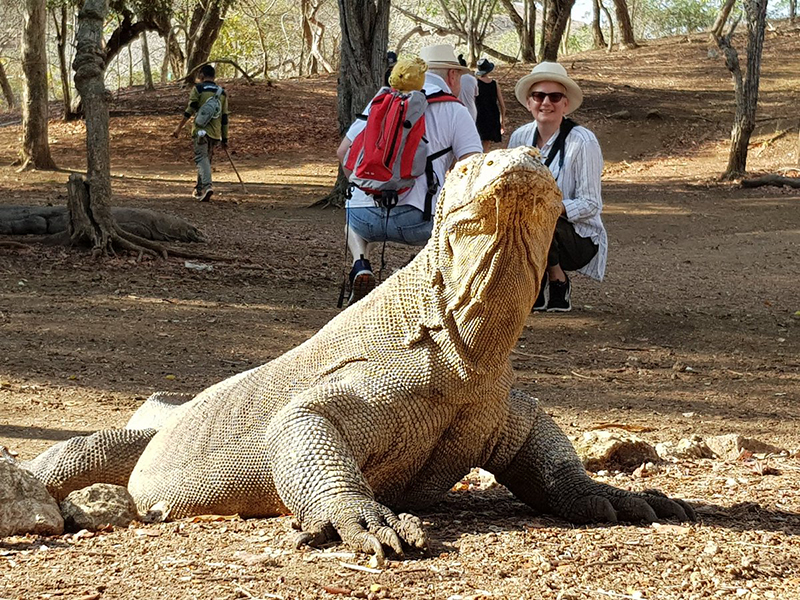 East Nusa Tenggara Provincial Government has announced it plans to charge USD 500 for every foreign tourist who visits Komodo Island.

The plan has already gone viral and according to local press, the foreign media have begun reporting it.  Nusa Tenggara Governor, Viktor Laiskodat, explained the plan to detikTravel when he launched Labuan Bajo Fish Market on Friday.

“You should tellthem, if they can’t afford it, then maybe they don’t need to come. We charge itbecause they are the only ones in the world and it’s rare. That’s why it’sexpensive. We want to use the money to build a better place for the komodo, sowe can create sustainable tourism,” he said to detik.com.He repeated that the Komodo dragon is the only ancient animal still living andthey need to maintain the ecosystem. “If they (the tourists) complain about it,then they are poor, because it’s the only one in the world,” he added.

Viktor also compared Komodo Island with Bhutan. He explained that foreign tourists who visit Bhutan are charged and it too is expensive. “Have you ever heard of Bhutan? When you are passing through the immigration gate, you are charged USD 250 and you can only see a mountain there. Conservation is not a cheap thing. Conservation means that we have to protect it and the costs are expensive. That’s why we have proposed this plan,” Viktor told reporters.

When he was asked about the possibility of decreasing tourist numbers, he was still optimistic about the plan. “We don’t want tourists coming to our outstanding place and not help us to conserve it,” he concluded. The charge will be applied to foreign tourists, and meanwhile they are still considering the plan to charge domestic tourists.

Tourism expert,Tedjo Iskandar said that the plan was ridiculous and foreign tourists will reconsidervisiting Komodo Island. “Why should they pay USD 500, it is ridiculous. Withthat amount, they can go to Thailand,” he said to detik.comon Wednesday. The Head of Public Relations at the Tourism Ministry, GunturSakti, also doubted the plan. He said that the charge would have to be inaccordance with tourists’ comforts and security. “We will evaluate theregulation,” he said.

James R. Pualilin,Domestic Governance Institute (IPDN) lecturer, said that the East Nusa TenggaraProvincial Government cannot decide and apply the plan themselves. “KomodoIsland authority belongs to the central government and is included in StrategicNational Program,” he said to detik.comon Friday. James said that he already heard about the charge plan, but heinsisted that Viktor cannot authorize the plan without discussing it withrelated ministries.

“The central government has set norms, procedures and criterias, including minimum service standards about this. Komodo Island authority belongs to Environmental and Forestry Ministry and Tourism Ministry,” he concluded. He hoped the Governor will discuss the plan with the related ministries.