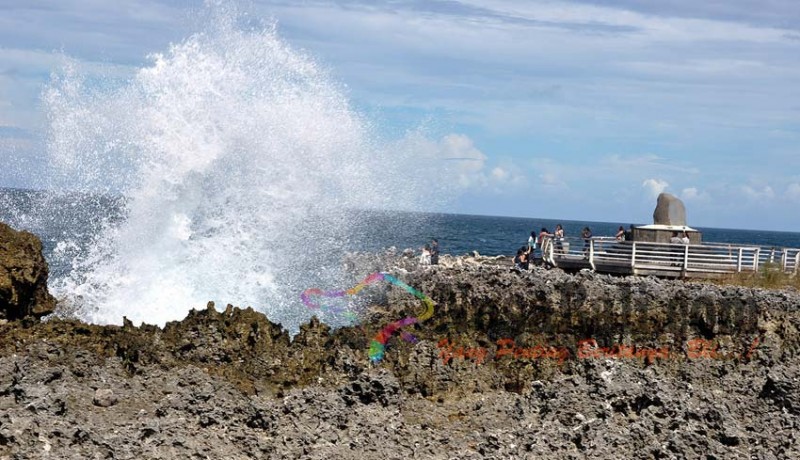 Three tourists were swept away by a huge wave as they were taking selfies at Water Blow ITDC Nusa Dua, on Tuesday afternoon.

The three men—Rador Emmrich from Brazil and Hendra Novian and Muhamad Nurhadi from Jakarta—were hit by a 5-meter wave at the Water Blow cliff and they fell from a 3-meter height into the water. They were almost dragged into the middle of the ocean but fortunately they managed to hold onto the rocks at the bottom of the cliff. Several people who witnessed the incident immediately contacted the security officers of ITDC Nusa Dua.

Eventually the harbor patrols (polair) were able to rescue the three men who by then were clinging to the rocks for half an hour. They were then taken to the hospital RS BIMC Nusa Dua.

Based on the medical report, the two tourists from Jakarta had injuries to the head, legs, hands, and faces, and they had to go through a follow-up check-up. Meanwhile Emmrich was only injured on his legs and hands, and has already been released from the hospital.