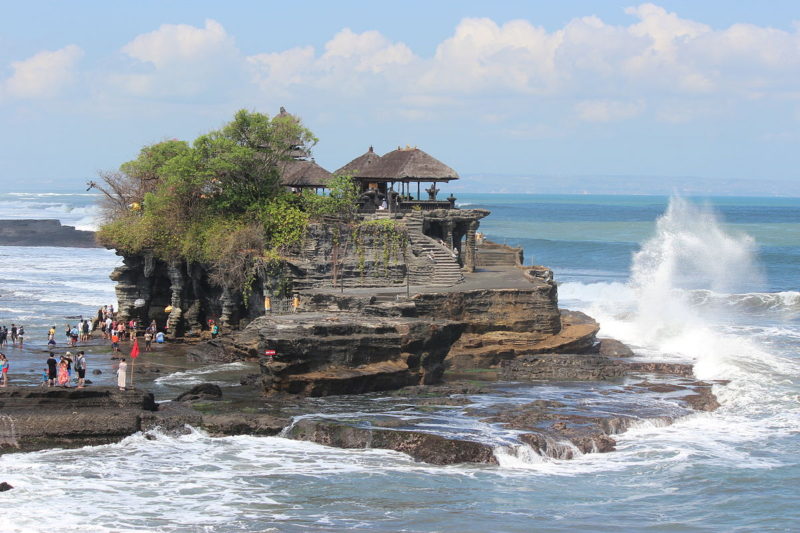 After a drop of almost 50 percent in foreign and domestic tourists visiting Tanah Lot due to the airport being closed two and half days in November, recently the crowds are back to normal levels.

Tanah Lot Tourism Manager, I Ketut Toya Adnyana, stated on Tuesday that the increase has been seen since the past week. Visits have come back to a normal level, which is around 9000 visitors per day, from previously only 3000 until 4000 visitors per day, “and the majority of those visitors being Javanese students arriving by bus,” he told BaliPost.

Jatiluwih has also seen an increase in visitors this week, with the amount of 200 foreign visitors per day arriving for a look around. (Too bad the weather’s not supporting. Ed)

Jatiluwih Tourism Manager, I Nengah Surtiyasa, told BaliPost that most of the foreign tourists that came to Jatiluwih were European. “The situation was improving for foreign tourist visits. For domestic travelers, the level was still normal, with a total of around 300 visitors on the weekends,” he said.


He also stated that for the beginning of 2018, his team has already received bookings from the travel agencies.

Meanwhile, Panudiana Kuhn, from the Indonesian Employers Advisory Association (Apindo) Bali, told detik.com yesterday that one of the indicators of improved tourism in Bali is the increasing occupancy rate.

“Now the occupancy rates are going up slowly, maybe some are going up strongly and others not yet, at least there is a 40% increase in occupancy around town,” Panudiana said. (We have been told that there are rates of 70 – 80% in some hotels this week. Ed)

He also predicted this would strengthen with the holiday season of Christmas and New Year 2018 coming soon as visits at that time were usually up, both locally and from abroad.

“Christmas and New Year is usually up to 80% although there are still some hotels empty and also no cruise ships coming back yet. Hopefully that will change near the end of January,” he explained.

He also added that several flight routes are now back to normal from all over the region including Australia, but not yet China.