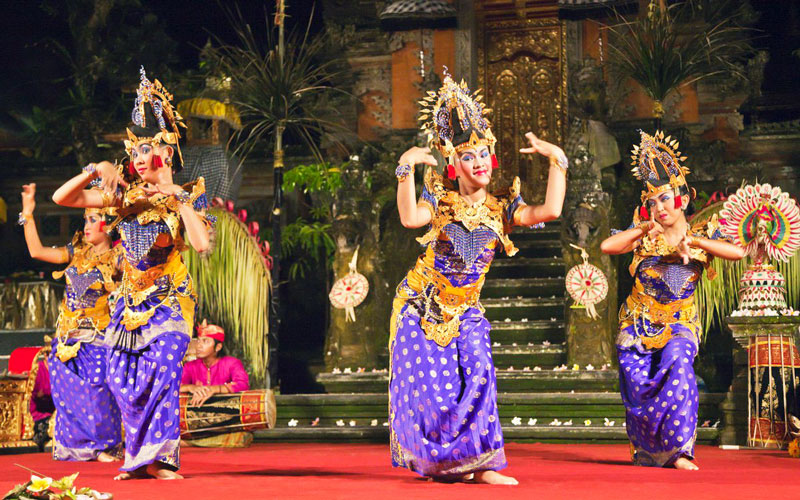 There has been a lot of discussion in regard to Bali becoming a Muslim friendly tourist destination this week. It was stated in the press, and no doubt straight to social media that the Indonesian Tourism and Creative Economy Minister (Menparekraf), Pak Whisnutama, wanted to turn Bali to a Moslem friendly tourism destination. To discuss and confirm the reality of the concept, Bali tourism industry stakeholders went to meet the Minister on Thursday. One of the ten in attendance was the Head of Badung Hotel and Restaurant Association (PHRI) and Badung Regional Disaster Management Board (BPBD), I Gusti Agung Ngurah Rai Suryawijaya, SE, MBA.

Rai Suryawijaya told Bali Post that there were three points that were discussed at the meeting. They asked the Minister for confirmation about Moslem friendly tourism destination statement, the synergy between the Tourism and Creative Economy Ministry (Kemenparekraf) and the regional governments to implement substantial projects that would be useful in the long term, and the economy growth effect for the community and SMEs, and creative and innovative concepts to accelerate tourism development.

“We as Balinese people and tourism industry stakeholders respond to everything by discussion. We think we must do something holistic to prevent this issue becoming wider spread and cause a negative impact to the tourism industry, and most of all to get a clarification about the issue,” he said to balipost.com.

Whisnutama also realized that there are many hotels in Bali that have constructed musalas for Moslems to pray and they had never received any discrimination complaint from any tourist. In the end, Whisnutama expressed his commitment to maintain and strengthen Bali tourism from tradition, culture, nature and art sides. He also briefed the plan to hold several events in Bali, like the Asia Pacific Film Festival, World Beach Games 2020, and MTV Awards soon.

Meanwhile, the Head of Bali Tourism Board, Putu Astawa, said in the press today that Bali is a friendly place for all of tourists without discriminating anyone’s background.

“We are friendly to everyone. Not only to Moslems, but also to Christians, Buddhists and Hindus,” he was quoted in kompas.com on Tuesday. So, Astawa continued, “there is no need to label Bali as a halal tourism destination, because Bali is well-known for its culture based tourism.”

Astawa also said that Moslem tourists will never have a problem to find a place to pray in Bali and there are a lot of restaurants in Bali that provide halal food.

“There are musalas and mosques for them to pray in hotels and all over town,” he added. So, in conclusion he stressed, Bali was final with its branding as a cultural tourism destination. According to him, so far, Balinese culture is a magnet for tourists. Culture from various customary activities such as, dance, sculpture, sculpture and so forth. In addition, the appeal of Bali is also strengthened by its natural beauty.