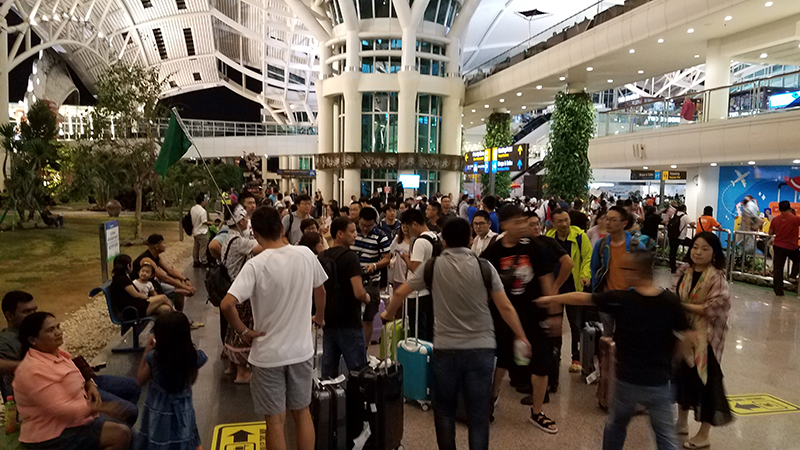 Government officials are becoming increasingly concerned about the condition of tourism in Bali. The Head of Bali Indonesian Tours and Travel Agencies Association (ASITA), Elyse Deliana, told the press yesterday that they have concerns about the large number of foreign tourists arriving to the island, especially from China, which does not correspond in large expenditure.

Deliana, who is also a member of the Chinese Committee of Bali ASITA, said that many of the Chinese tourists are not considered high worth individuals, but are rather poor. According to her data, Chinese travel agencies are even selling Bali holiday packages for as little as RMB 299 (approx. Rp 650k). These packages included round-trip tickets and hotel accommodation for four nights.

“We are concerned about this and we call this zero tour fee,” she said to jpnn.com.


Bali ASITA Chinese Committee Secretary, Herman, added that the big number of Chinese tourists also caused other problems to the government. One of them is illegal tour guides, travel agencies and pre-wedding photographers who came to Bali with tourist visas but are working in Bali. Moreover, several stores that are owned by Chinese businessmen subsidized the Chinese tourists. “The government must solve this problem,” he said.

Another member of the Chinese Committee of ASITA National Leader Board (DPP), Chandra Salim, said that these illegal guides and travel agencies will harm Bali in the future. He also said that the same phenomenon is occurring in Thailand and Vietnam. But Thailand has set a new rule to combat against this trend. “If a Chinese tourist didn’t have more than Rp 5 million in their bank account, they cannot enter Thailand,” he said.

Meanwhile, the Head of the Chinese Committee of ASITA DPP, Herry Sudiarto, asked the government to take action before these conditions become more serious. “The government must set new rules to protect the legal operators and punish the illegal ones,” he said