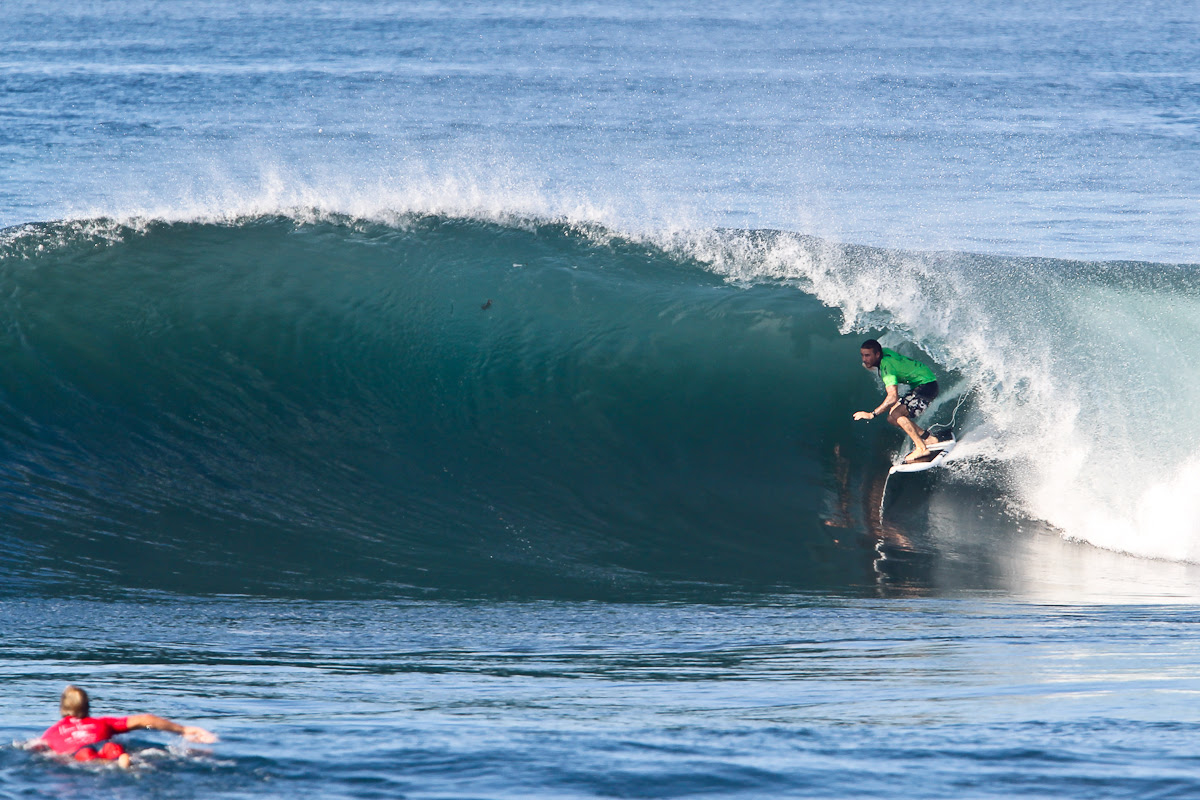 Day three (yesterday) of the Komune Bali Pro pres. by The Mad Hueys saw big names, big scores and epic tubes as the East Coast of Bali continued to pump out epic surf for the WSL QS1,000 rated event. The event’s top seeded Round hit the water with a few massive performances and a couple of upsets thrown into the mix.

The heat of the event, possibly one of the best heats ever at a QS1,000 event saw Jack Robinson (AUS), Taj Burrow (AUS), Pepen Hendrick (IDN) and Mikey Wright (AUS) all match-up. Jack Robinson barely put a foot wrong, building his scores on every wave, finishing the heat with a perfect 10-point-ride. Wright started slow but finished with a bang locking in a 9.50 and an 8.60 with a powerful and fast tube to turn combos. Burrow laid down some of the best turns of the event so far, but failed to find a tube and was eliminated in 3rd position and Hendrick finishing 4th even with an 8.15 to his name.

“It was fun out there with all the boys,” Wright said. “I had a bad start but was able to find a few at the end. We were talking and laughing at the start of the heat, but when it was really close and positions were changing we left each other alone and had our games faces on. These are some of the best waves I’ve ever had for a QS, I wish every event was like this.” 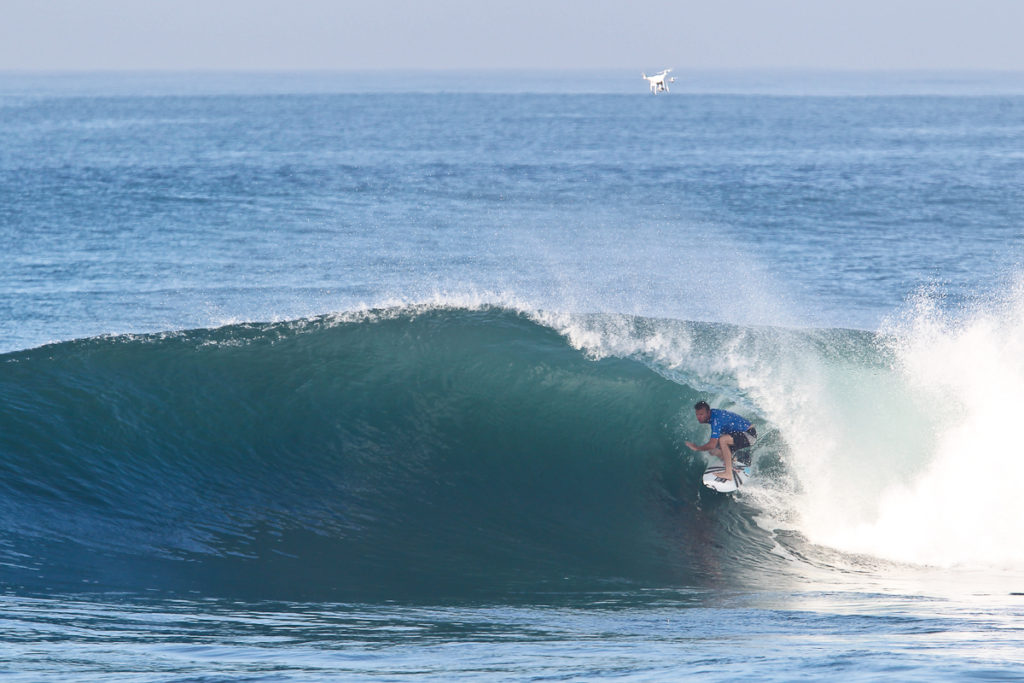 “That was my first ever WSL heat against Taj (Burrow) it was so much fun to be out there with him,” Robinson said. “This is the hardest QS1,000 in the world, so many big names are here. I can’t believe that heat was only Round three, it could have been the final. That 10 was crazy – I was just buried in a little cocoon and then I popped out. I didn’t know if I would make it but you always have to hope for the best.”

Dean Bowen (AUS) and Dede Suryana (IDN) put on a tube-riding clinic with Bowen on his backside and Suryana on his forehand. Bowen went bananas dropping two 9-point-plus rides to finish 1st over former event champion Suryana who had multiple 8s and advanced into the next Round in 2nd.

“That was a dream heat,” Suryana said. “The waves were perfect and I was able to get so many. It felt like a free-surf, we just all got so many good waves. That kind of heat is why I like to compete, to get waves and push yourself to be better.” 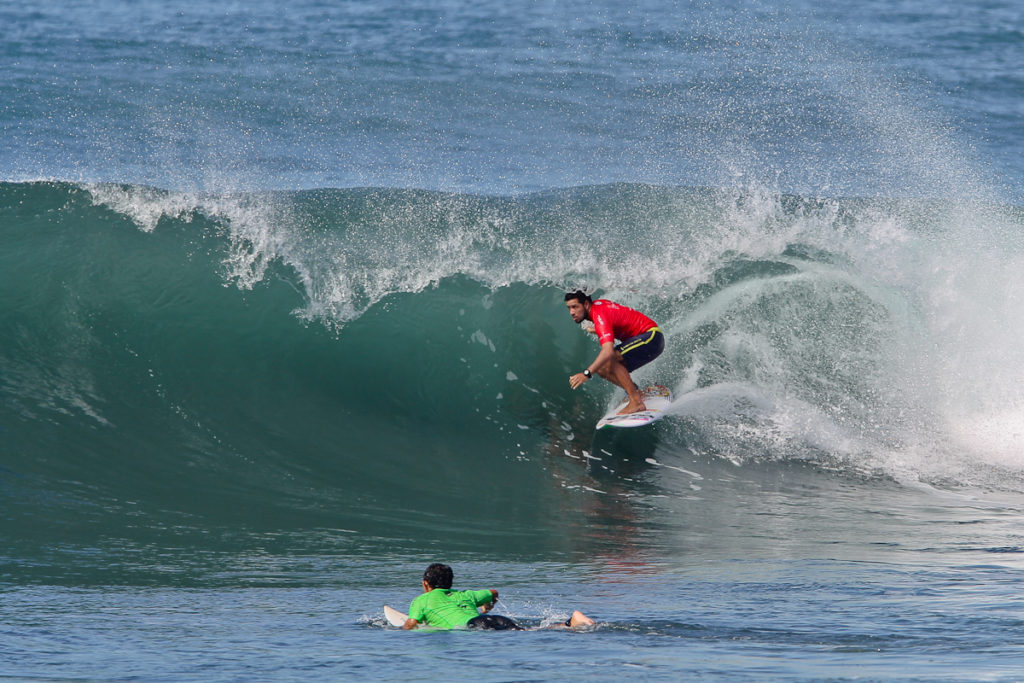 Adriano De Souza (BRA), 2015 WSL Champion and Komune Bali Pro no. 1 seed put on the kind of show that only a World Champ can, catching only two waves in his opening heat, but they totalled 19.55 (out of a possible 20) – the highest two-wave total of the event thus far. De Souza waited for solid waves and timed his turns to perfection and proceeded to unload devastatingly beautiful hooks and carves.

“That heat alone was worth booking my ticket to come over here,” De Souza. “People might think that my first heat at a QS1,000 is not important for me, but I had a goal to win that and score some 9-point-rides in some perfect waves and it worked. I feel like I’m in a really good rhythm after the Australian CT leg and I’m here to get some waves and keep the rhythm going into the next CT event in Brazil. It’s so good to be back in Bali – this event is amazing.” 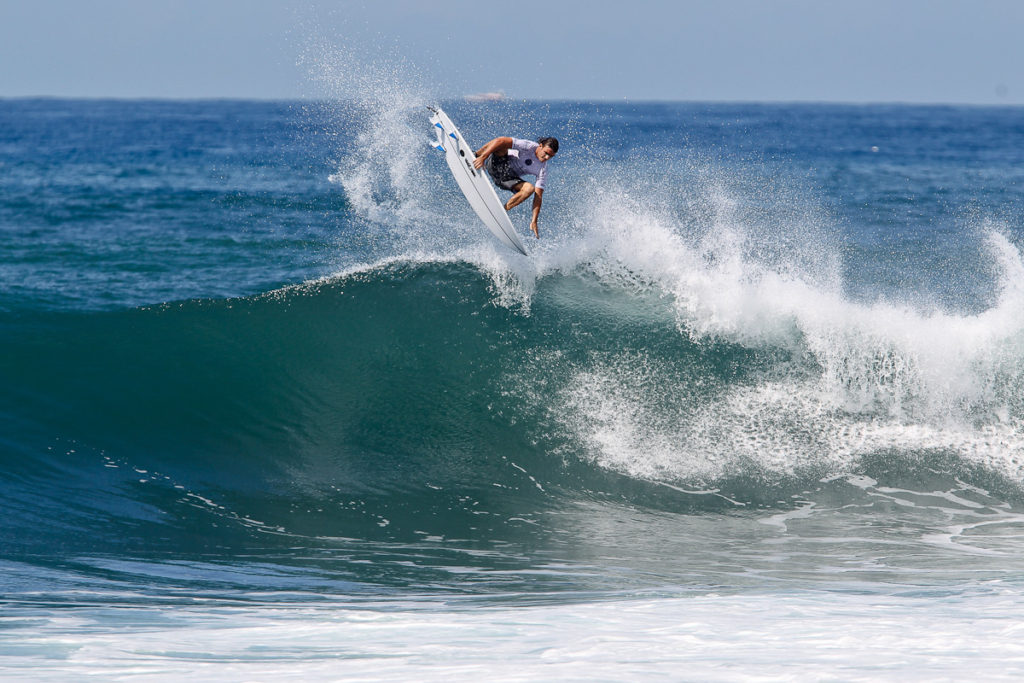 Mitch Parkinson (AUS) continues to be a Komune Bali Pro standout – claiming a major scalp of CT surfer and Komune Bali Pro No. 2 seed Sebastian Zietz (HAW) who also advanced in 2nd position. Parkinson had it all in this heat, airs, barrels, carves to post two near perfect 9-point-plus-rides.

“That one was fun,” Parkinson said. “I’ve had a couple of good heats but that one was the best, I really wanted some barrels and that heat had it all. I feel relaxed and I can wait to get out there for a couple more heats.”

For more information on results and images from the Komune Bali Pro presented by The Mad Hueys head to www.worldsurfleague.com or check The WSL App.