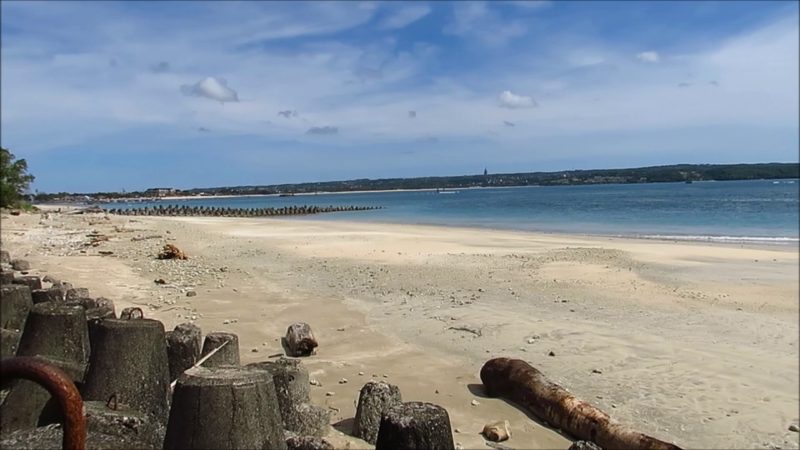 Image: Kelan Beach on the north side of Jimbaran Bay on a cleaner day. Credit: VLOG _AmeR #27 – YouTube

While the beaches at Kedonganan and Kelan at the north end of Jimbaran Bay are invaded with unsightly plastic trash, heavier rubbish like logs and tree branches are being washed up onto Kuta, Legian and Seminyak beaches.

The Badung Environment and Sanitation Department (DLHK) has again assigned 500 personnel to handle the beach trash problem, after previously revoking the trash emergency status and cutting back to 300 personnel to continue the job.

The Head of Badung DLHK, I Putu Eka Merthawan, explained on Wednesday evening that the sea trash phenomenon has changed and is now classified into two forms of trash – the plastic tide and the heavier vegetation based tide.


He explained that in a day they can take away about 75 tons of log and vegetation trash alone. They perform it step by step because the handling process is quite time-consuming. “The trash phenomenon has shifted. Beaches in Jimbaran Bay appear to have the usual plastic rubbish, but we have a problem when handling this log and branch trash in Kuta/Seminyak. We need more equipment,” he said to nusabali.com.

However not everyone is happy. The way the plastic trash on Kelan and Kedonganan beaches is being cleaned up is receiving complaints from local residents.  One of them, Made Narka says that the trash handling is very slow and they still use the old way (of hand-picking it up. Ed). “If they handle it in this old way, then the result will be the same. They need to be innovative. We hope one day there will be heavy equipment on standby here,” he said.

Meanwhile, Don Havig from White Sands Beach House, a beach restaurant at the Four Season’s end of Jimbaran Bay, told Seminyak Times that the beaches at the southern end are normally clean as the currents take the rubbish to the airport end of the very long beach. “Also, on the other side of the airport, all the Kuta trash ends up in the end corner of the runway in Tuban,” he told ST.