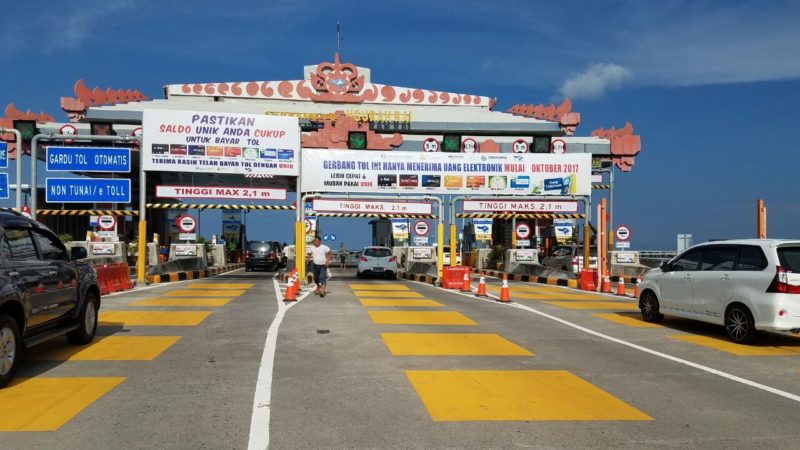 While most businesses are fighting to stay alive and jobs are being lost all over town because of the biggest slump in tourism in years on the island, the Bali Mandara Toll management has decided to increase toll rates for some categories of vehicle.

The new adjustment will be applied at midnight, December 8, 2017.

Management explained that the adjustment schedule was delayed since November 1, 2017.

The calculation is based on a combination of the old rates and the present inflation rate. Bali’s inflation rate for the last two years was 5.89%. So the new rates for the car using the toll will increase Rp 500 to Rp 11,500. Meanwhile, the motorcycle rate will still be the old rate of Rp 4,500.


The President Director of PT Jasamarga Bali Tol (JBT), Akhmad Tito Karim, stated that these new rates follow the Law No. 38/2004 on Roads and the Government Regulation No. 15/2005 about the toll road. (Obviously without too much regard to what is happening to the economy around them. Ed.)

“According to the law, toll users must pay toll rates. The income will be used for toll services, return on investment, maintenance, and development,” he said to kabar24.com on Tuesday.