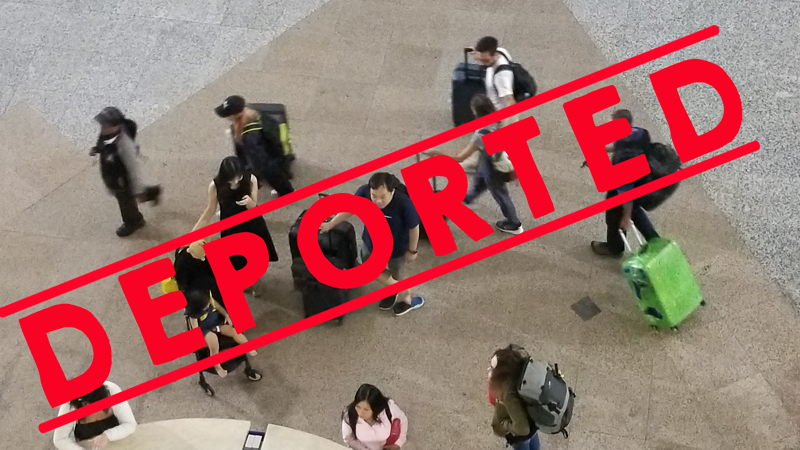 “During the operation last Thursday (8/7) in the Canggu area of North Kuta, 14 foreigners were arrested, three of whom were found guilty of violating the health protocols and recommended for deportation,” the Head of the Bali Ministry of Law and Human Rights Office Jamaruli Manihuruk told the press during a press conference at the Ngurah Rai Immigration Office, Bali, earlier today, Monday (12/7).

He said the three foreigners to be deported were Murray Ross from Ireland, Ayala Aileen from the United States and Zulfiia Kadyrberdieva from Russia.

“Mr Ross and Ms Aileen will be deported today. Meanwhile, Ms Zulfiia Kadyrberdieva from Russia is still waiting for flight tickets to return to her country,” he said.

The operation netted three violators from Indonesia as well as the 14 foreigners.

Sanctions applied to violators were in the form of verbal warnings, fines, and holding passports for further examination at the Immigration Office for deportation.

Of the 14 foreigners, three of them were found guilty of violating the decree from the Ministry of Home Affairs and Bali Governor in concern of the Covid-19 Emergency PPKM brought into effect on Saturday, Jul3, 2021 and in particular the use of masks.

“There were varying levels of violations by the 14 people. While some were given warnings and fines, Immigration received the recommendation from Satpol PP, who are controlling the matter on the street, for only three foreigners to be repatriated,” said the Regional Head.

The others apprehended by Satpol were at a lower level of violation. One of them being the use of masks not being worn correctly.