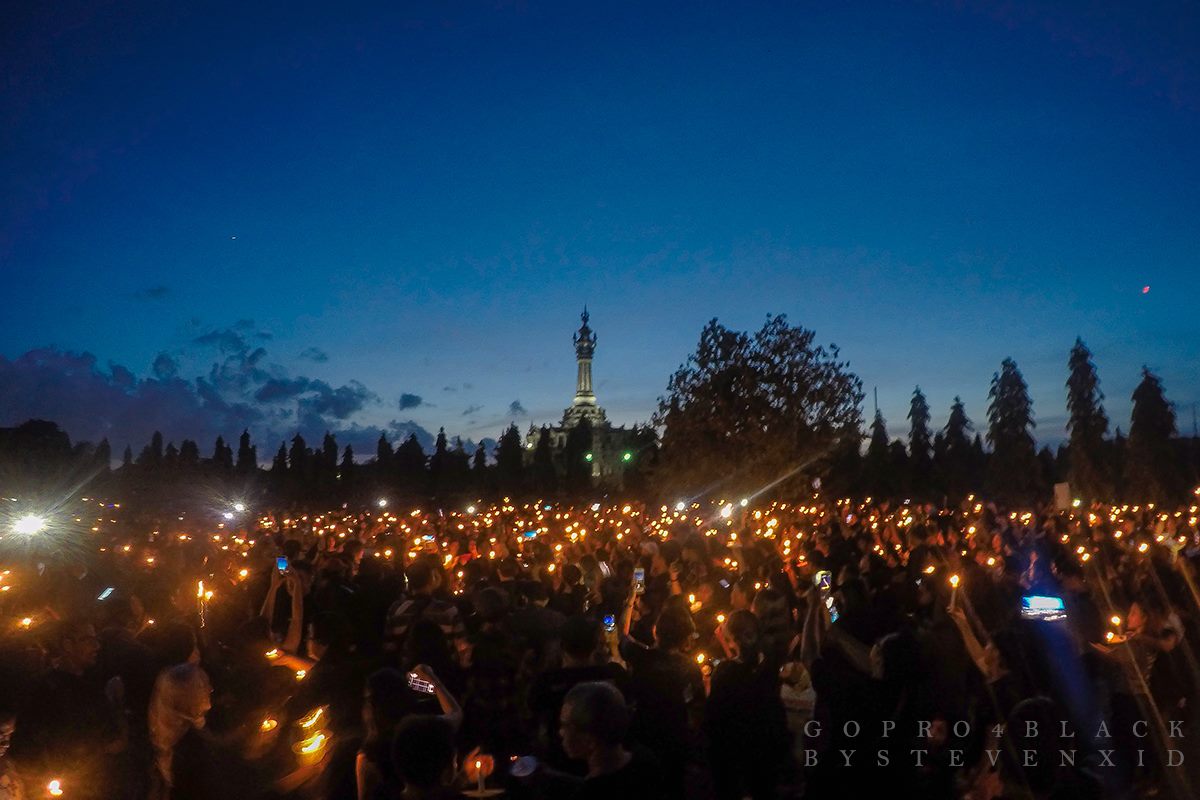 They were there to show their support and sympathy for recently jailed Jakarta Governor Basuki Tjahaya Purnama or better known as Ahok.

The mass of people were seen wearing predominately black and holding candles symbolizing peace and unity.

The word spread of the gathering by social media and SMS throughout the day and the purely spontaneous event was without any leadership on the ground. People began arriving before sunset and left peacefully at approximately 7.30 pm.

There were parents, teenagers, groups of friends and children. They were from all walks of life., carrying banners and support pamphlets for Ahok.

With no one to command, thousands of people began singing national songs such as the national anthem Indonesia Raya, Garuda Pancasila, Keluan Pulau Kelapa and many more.

One of the Denpasar residents, Ida Bagus Suardana said that he took part in this action as a form of solidarity among Indonesians. He said he is concerned about the condition of law enforcement in Indonesia and especially what became of Ahok this week. (Jailed this week for two years on blasphemy charges)

“We are not here because of personal interest, but we want honest people like Ahok released,” said Suardana, quoted in an article by Kompas.