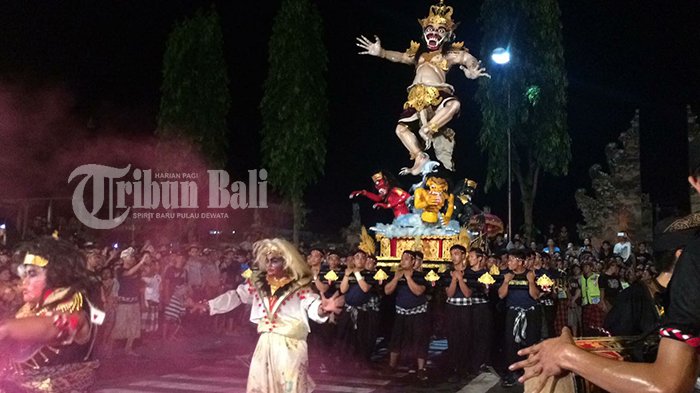 Tonight the streets of Denpasar and surrounds will be crowded with people who want to watch the Ogoh-Ogoh parades and competitions on the eve of Nyepi. Denpasar Police have warned drivers to seek alternative routes so as to not get stuck in traffic.

West Denpasar Police Chief, Wisnu Wardana, said that a number of roads will be used for the Ogoh-Ogoh Parades starting from 5pm. “Therefore people should seek alternative routes because the roads will be crowded from 5pm till late,” he said.

The streets that will be used as the starting point/parade are Bundaran Catur Muka Denpasar, Jalan Sutomo (in front of Puri Agung Jro Kuta), Jalan Teuku Umar (simpang enam), Jalan Imam Bonjol Simpang Buagan, around the area of Padangsambian Kelod, Simpang Jalan Gatot Subroto Barat- Kebo Iwa, Tjokroaminoto (precisely in the middle of Banjar Ubung), the intersection of Jalan Gunung Agung-Tangkuban Perahu, and Dauh Desa Puri Kaja.
(It will also be busy around Umalas, Kerobokan, Legian, and Kuta intersections, and just about everywhere all over the island. Enjoy! Ed.)