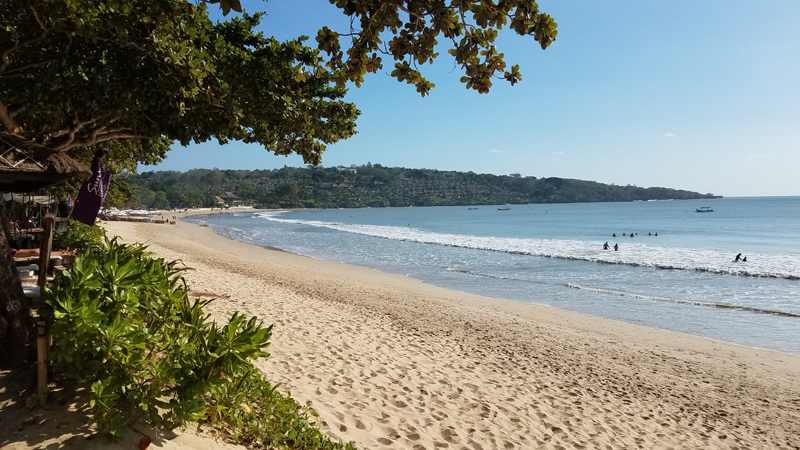 Image: Idyllic Bali continues to attract more tourists. Credit: ST.
Foreign tourists who visited Bali through Ngurah Rai International Airport until the end of the third quarter of 2018 reached over 4.6 million. That is an increase of 5.68 percent compared to last year.

The arrivals are still dominated by Chinese tourists with 1,101,721 arriving to Bali shores. A not too distant second was Australia with 884,062 arrivals and the third ranking went to Indian tourists with 268,112 arrivals.


Suprayogi also told nusabali.com that tourist arrivals during the month of September also increased 9.58 percent compared with last year, even though the number of the tourists from several countries decreased. They were South Korean, Japanese, and Indian tourists. The biggest increase came from Malaysian tourists with 3,461 arrivals this September, or an increase of 22.78 percent. Then came US tourists up 18.11 percent and Australians up 9.61 percent. (No mention of how China fared in September. Ed)

Yanus said that he is optimistic that Bali can meet the 6,270,000 arrivals as targeted for this year. He was optimistic because the IMF-WB Annual Meeting that finished several days ago was attended by approximately 36,000 delegates. Besides that, there is also the 2018 Our Ocean Conference on October 29-30, 2018. There were 700 delegates from 60 countries who attended the last conference at St Julian, Malta. “We will see the October data in November. With approximately 15,000 foreign delegates, I think it will be a significant factor in the number of arrivals,” he concluded.