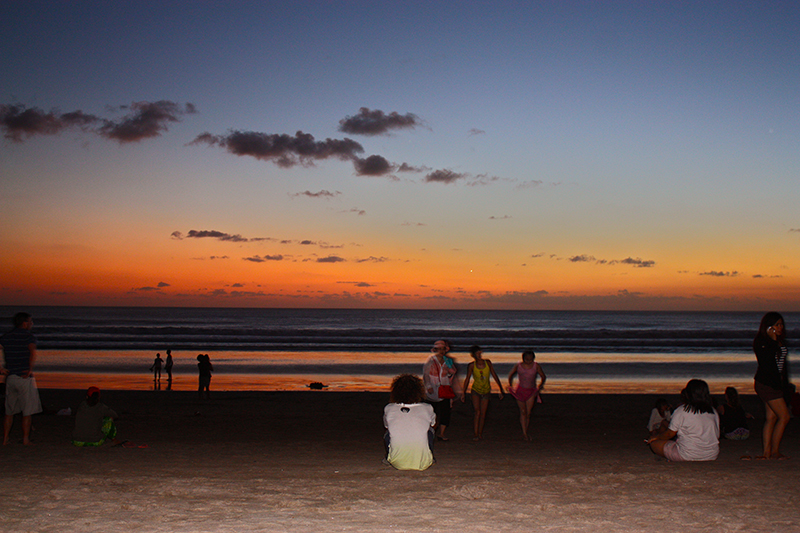 Thieves use many ways to steal another person’s belongings. Local man, S, 38, had a new modus operandi on Kuta Beach, but came unstuck in the end.

After a 22 year old Korean woman reported her valuables missing after sitting on Kuta Beach for about an hour on a Friday night at the beginning of June, police checked all CCTV footage and staked out the area, believing this was not an isolated occurrence.

The Head of Bali Polda Public Relations, Hengky Widjaja, said yesterday that police managed to arrest the suspect after keeping a watch on the crime scene for a month. “After we began to investigate the case, we knew that the suspect stole from another person by crawling along the sand and discovered he had been doing this often around Kuta and Seminyak beaches,” he said to balipost.com.

Police were sure that the suspect would act again, and their guess was right. At around 1.30am Sunday morning, or Saturday night, (15/7) a man with the same characteristics as the CCTV footage appeared in front of Pullman Resort and was acting suspiciously. Police were sure it was the same man and they arrested him for further questioning.


The man admitted that he had stolen the South Korean woman’s valuables. He gave the debit card to a colleague, who then used it in a local Circle K, and he sold her iPhone X to another colleague for Rp 5 million. He then used Rp 4 million of that as the down payment to buy a Scoopy, and he used the rest for daily living. “The suspect also admitted that he had already acted 10 times with the same modus on the beach,” Hengky said.

“This case is being handled by Kuta Polsek, where the man is being kept,” Hengky concluded.