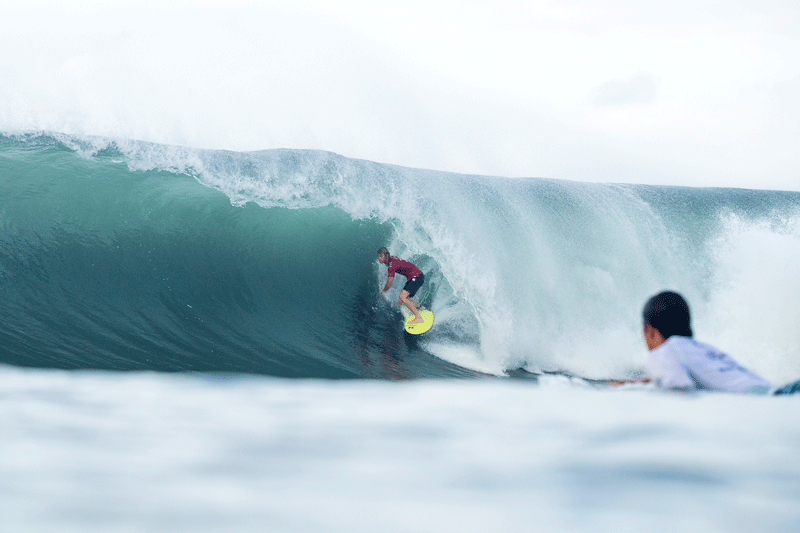 The World Surf League (WSL) Championship Tour (CT) officially returned to Indonesia yesterday with the opening 11 heats of the Men’s Round 1 being run at the Corona Bali Protected. The opening day saw pumping six-to-eight foot (2 – 2.4 metre) conditions at Keramas on Bali’s east coast.

Reigning two-time WSL Champion John John Florence (HAW) has so far had a below-par season for his standards as he still searches for a solid result in 2018. Florence made his intentions clear in his Round 1 match-up with 2018 CT Rookie Michael Rodrigues (BRA) and wildcard Miguel Pupo (BRA) as he posted an excellent 8.17 (out of a possible 10), for a heat total of 15.17 to take a comfortable Round 1 win.

“The waves are firing right now,” Florence said. ”I’ve been watching it all morning and knew there were some bigger ones if you waited for them so I just sat and waited for the exact wave I wanted. Luckily when that big open one came I had priority and it all worked out.”

Current tour leader Julian Wilson (AUS) continued his run of form in 2018 during his opening round heat taking down compatriot Connor O’Leary (AUS) and local wildcard Oney Anwar (IDN). Wilson played a patient game, waiting for the bigger set waves that were still offering open tubes and it paid off as Wilson progressed directly into Round 3 while O’Leary and Anwar will battle it out in elimination Round 2. 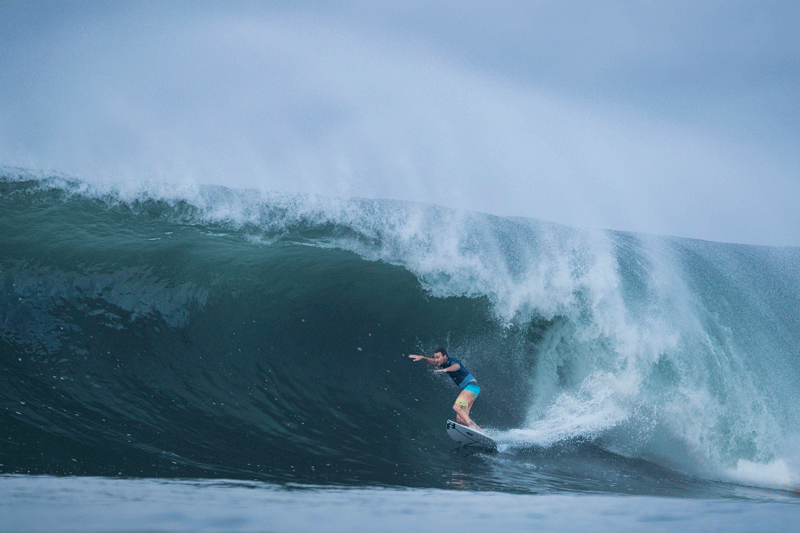 The surf pumped all morning, with some outstanding surfing in the sometimes tricky conditions, and there was a moment when the tide played some games of its own as it went almost flat during one heat to the dismay of the three athletes in the water.

As is typical of Keramas this time of year, around midday the onshore winds pushed in to make the conditions almost unsurfable and the contest was put on hold with the last Round 1 heat being delayed until this morning.

The official opening press conference was held during the afternoon after the surfing was completed for the day at the luxurious Komaneka Resort Keramas giving the chance for the Indonesian press to meet some of the world’s top professional surfers, and to learn more about why Bali was chosen for the 5th stop of the World Surf League’s World Championship Tour event.

After first being welcomed by Will Hayden-Smith, General Manager of WSL Australia/Oceania, Tipi Jabrik from the PSOI (Persatuan Selancar Ombak Indonesia) explained to the audience in Bahasa Indonesia how the central and local governments worked together with the WSL and the PSOI to bring this prestigious event to Bali.


He then introduced Mr. Indroyono, who further explained how surfing was an underutilized asset for Indonesia, and how surfers come each year to this surf “Mecca” for their surfing holidays and to practice for competitions, usually staying extended periods of time which create greater economic impacts than even sports such as diving, which requires lots more equipment.  He further laid out his plan of support for WSL Qualifying Series events in location such as West Sumbawa, Nias (Sumatra), Aceh, West Java, Lombok, and Rote (NTT), as well as supporting bringing back the Corona Bali Protected event next year.

Indonesia’s own Oney Anwar, who is currently ranked number 53 in the world on the World Qualifying Series, the qualifying tour for the World Championship Tour.  The WSL gave Anwar a spot in the Corona Bali Protected event as the wildcard for the host country.  “I’m really proud to represent my country here at this event, and I hope to do good in the event.  I’ve been surfing all around the world for the last five years, improving my skills and I hope that one day I can compete on the World Championship tour,” he said. 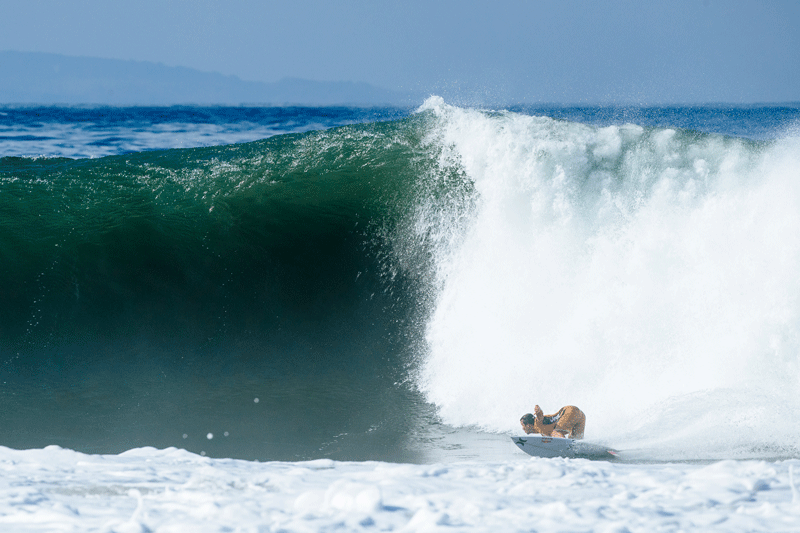 Journalists were then asking questions from Mr. Indronoyo and the others, one of which was how much prize money was up for grabs in the Corona Bali Protected another was how many competitors were in the event – the answers were:  36 men surfers and 18 women surfers, the best surfers in the world, and the total prize money was $900,000 USD (almost 13 milyar IDR).

After the questions were over and some group photos were taken, all the participants were served a delicious Balinese lunch in the Timur Kitchen, while chatting together and enjoying the cool sea breeze.

Komaneka Resort Keramas General Manager Mr. Kariyana voiced his surprise at how big the sport of professional surfing is, and how they are excited to provide more support at next year’s event.  “Of course I have heard about surfing before, being Balinese and living near the ocean, but I had no idea surfing was this big,” exclaimed Kariyana.  “I didn’t know until today that it was such serious business but also so exciting.  I was at the contest this morning watching the surfers and listening to the crowd, and I was very impressed.  We are looking forward to next year already, and are willing to be more involved so this event can continue each year.

Yes, the Corona Bali Protected contest is huge, get over to Keramas this week to check it for yourself. You can also follow it live on worldsurfleague.com or download their WSL app.