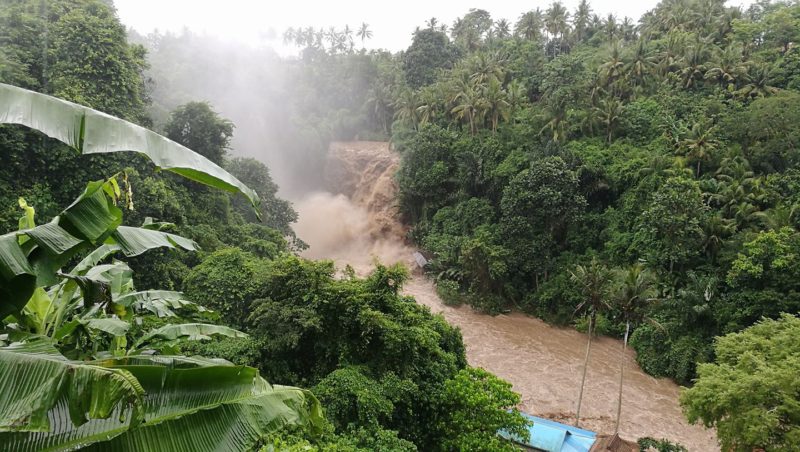 Heavy rains that fell during the last week have had a significant impact on Tegenungan Waterfall in Sukawati. The engorged river water flooded and washed away the management tourism facilities, with total losses expected to be in the tens of millions of Rupiah.

The waterfall manager and village head, I Gusti Made Raka said earlier today that the water at the tourism location, which is at a branch of the Petanu River, has overflowed several times in the past. “When there’s heavy rain, the water overflows. Especially when it is raining all day,” he said.


The incident happened from Saturday to Sunday. The water volume going through the area was huge and overflowed to the point that it washed away the tourism facilities near the bottom of the waterfall. “That happened on Saturday around noon. We have never experienced something like this since we have managed this tourism location,” he said to balipost.com. He said that the waterfall condition has now returned to normal today, but the water is still turbid.