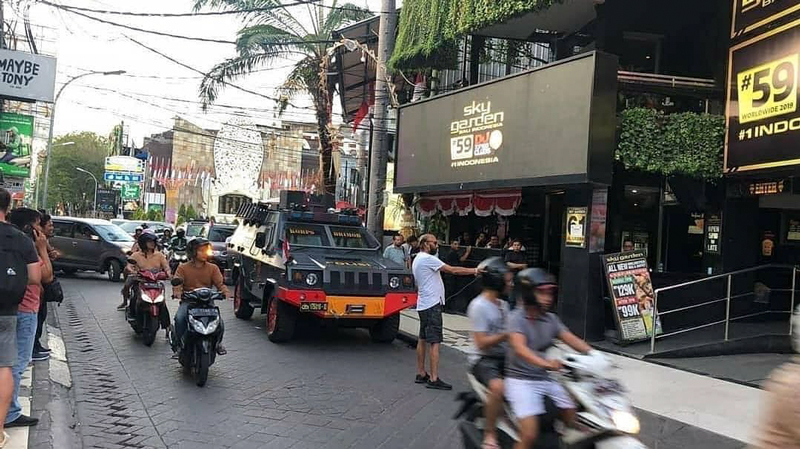 Image: The day Sky Garden was closed (17/8/19). Six month after taken over by Wilaras. Credit FB.

On Wednesday, the Supreme Court reversed the decision late last year of the Denpasar District Court to acquit the boss of PT BPR Legian, Titian Wilaras of banking crimes. In the process, the judge presiding over the Supreme Court, sentenced the defendant to eight years in prison.

In addition to the sentencing, yesterday, the judge also imposed a fine of Rp. 10 billion. With the provision that if the fine is not paid, it will be replaced with imprisonment of a further six months.

Responding to the appeal decision, the Head of the Denpasar Intelligence Office, Kadek Hari Supriadi, admitted that he had already heard the news. Meanwhile, Titian Wilaras’ legal adviser, Acong Latief, admitted that he had not yet received an official copy. “We have not received the official letter, either personally as the attorney, or directly to Titian Wilaras,” said Acong. “After receiving an official letter (a copy of the appeal decision), we will review it,” he told NusaBali.

As is known from the trial, Titian Wilaras’ banking crimes were carried out during the period August 2017-October 2018 at BPR Legian on Jalan Gajah Mada Number 125-127 Denpasar. The defendant ordered a committee made up of BPR Legian employees to transfer or deposit funds belonging to the bank to the defendant’s private account.

The committee claimed they had assurances that the money would be paid back.

The defendant used the funds for the defendant’s personal interests with total transactions of Rp. 23.1 billion. He bought luxury cars and personal goods, and famously bought the Kuta nightclub, Sky Garden, which according to sources was never paid. In addition, transfers and cheques were made to the defendant’s children and other family members.