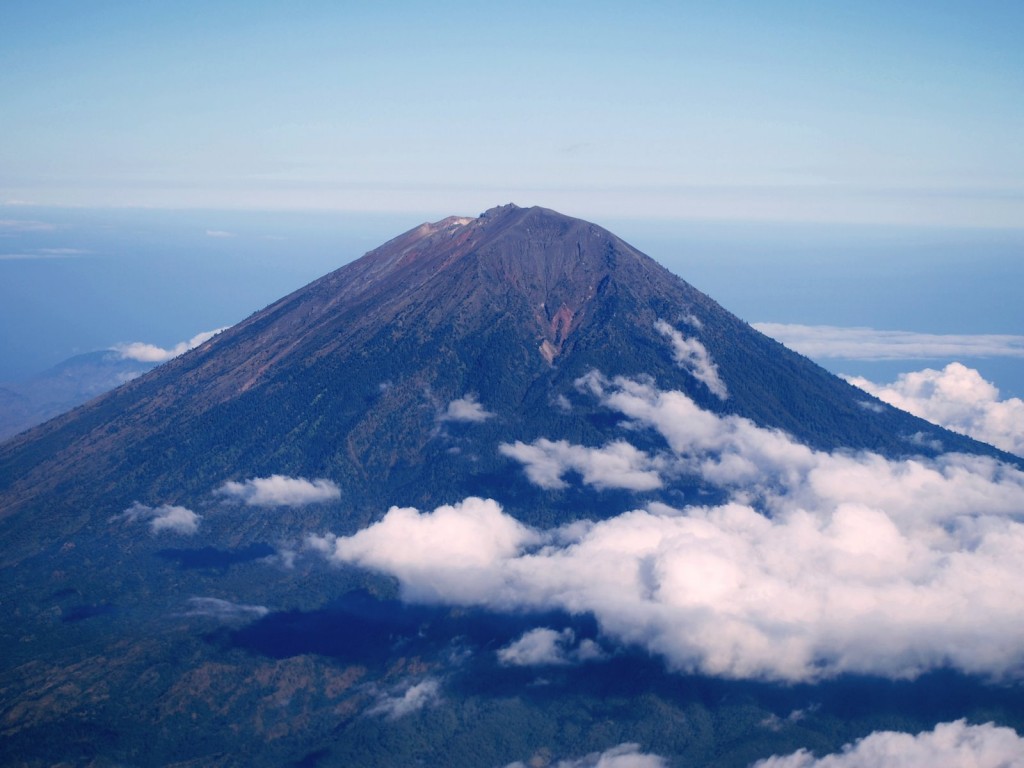 The activity status of Bali’s largest volcano, Mount Agung has risen from Level I (normal) to Level II (alert), which means hiking is prohibited within a radius of 2.5 km from the crater.

The status, issued by the Geology Division of the Ministry of Energy and Mineral Resource, has been in effect since Thursday (14/09) at 4 pm. The warning states the change of status from “normal” to “alert”, and according to IB Arimbawa, head of Karangasem’s Disaster Management Agency, the warning was released after a video was published on social media that shows the increase of activity at Mount Agung. “We will keep monitoring the situation,” Arimbawa said, as quoted by Nusa Bali.

Mertayasa added in July 2017 alone there were only 50 quakes, while in August there were 55 quakes. In September, the longest quakes happened last Monday (11/09), which clocked in at 91 seconds, each during deep volcanic quake (4 times), local tectonic quake (1), and distant tectonic quake (1). “Every day there are quakes that come from Mount Agung and the number fluctuates,” said Mertayasa. “So hikers need to be aware so they do not hike close to the crater.”

The Observation Post has installed four seismometer tools to monitor the mountain’s seismic activity, which will then be reported back to the Center for Volcanology and Geological Disaster Mitigation. “Based on the Center’s analysis, there’s a hiking ban within a radius of 2.5 km from the crater, which means the area must be vacated to avoid risk.”

Meanwhile, I Wayan Widiasa, the Coordinator for Gunung Agung Tour Guide Association (Pokdarwis), confirmed that they have received information regarding the alert status. Nevertheless, there were about 19 tour guides still taking tourists up the mountain yesterday. “Tomorrow [today] we will still bring tourists because that is our source of income,” Widiasa said.

In response to that, the Head of Indonesia Hotel Association, I Wayan Tama, warned tour guides to heed the warning for the safety of their clients and for their own safety as well. “Because the warning was released by volcanologists,” said Tama. Currently, there are a total of 40 Mount Agung tour guides who are based at Pura Pasar Agung at Sebudi Village, Karangasem.

In an effort to calm the situation, I Wayan Suara, the spokesperson from Pura Pasar Agung, remarked that smoke billowing from Mount Agung’s crater is a common sight. “The crater contains hot sulfur. So when there’s rain, naturally it would result in fumes. And lately rain has been pouring at the summit of Mount Agung,” Suara said.