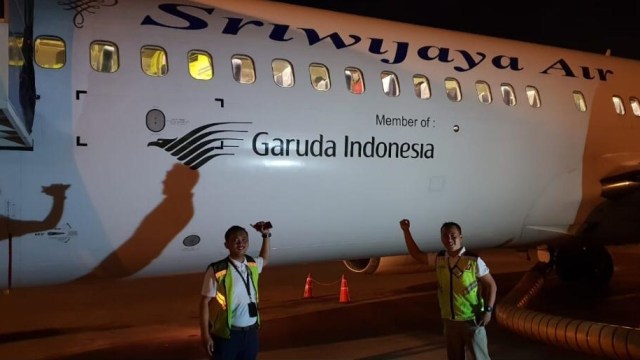 Garuda Indonesia Corporate Communication VP, Ikhsan Rosan, confirmed this to tribunnews.com in Denpasar on Sunday. “Yes, it’s true. We will add the Garuda Indonesia logo like we do with Citilink aircraft. We did it to show our operational synergy and the logo will be added below the Sriwijaya Air logo,” he said.


The cooperation agreement between the two companies was originally signed on November 9, 2018. Sriwijaya Group CEO, Chandra Lie, said that he was grateful for the cooperation. “We will cooperate with Garuda Indonesia Group to improve, be more modern and sustainable,” he said.

With the new agreement, all of the operational management, including the financial, will be managed under the operational cooperation. “We did it to help Sriwijaya Air meet their commitments and their liabilities to third parties, and some of those third parties are under our Garuda Indonesia Group,” said the PT Garuda Indonesia, Tbk. Persero Head Director, Ari Askhara in Jakarta on Wednesday, November 14, 2018.