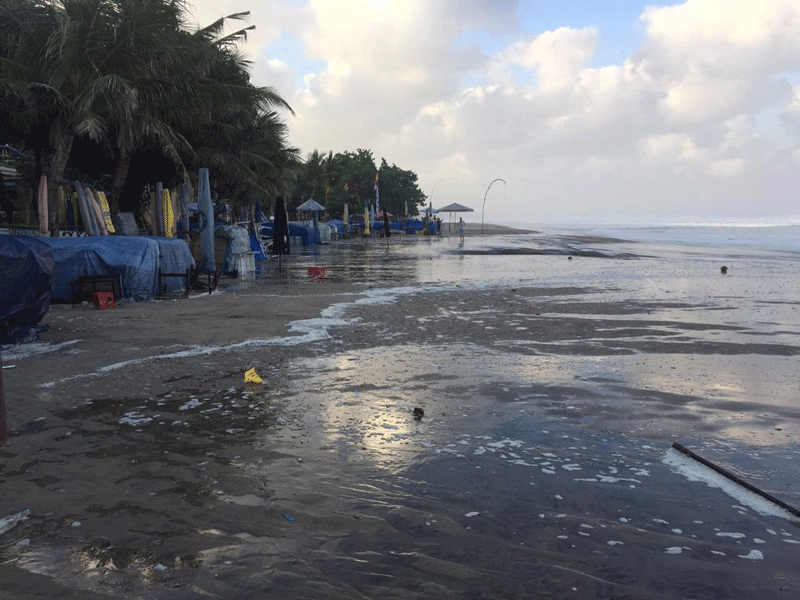 The local beaches had a spring clean this morning courtesy of the Indian Ocean as huge seas pounded the coast through the night and with it washed away most of the mess from the legal/illegal warung kiosks along Seminyak beaches. If the warungs weren’t totally washed away, at least the areas around them received a good clean, something they seldom get.

Thankfully, the seas weren’t as rough as the king tides that caused substantial damage a couple of Junes ago, but good enough for a spring clean.

One local expat of many years was jumping for joy with the cleanup. “Man, the warungs all along Double Six are getting a flush. It’s the big flush!” he said this morning, with his Californian drawl. He also mentioned it was the first time he had heard Balinese locals doing their early morning walk along the beach express the same thing. “I’d never heard them say that before,” he told Seminyak Times. 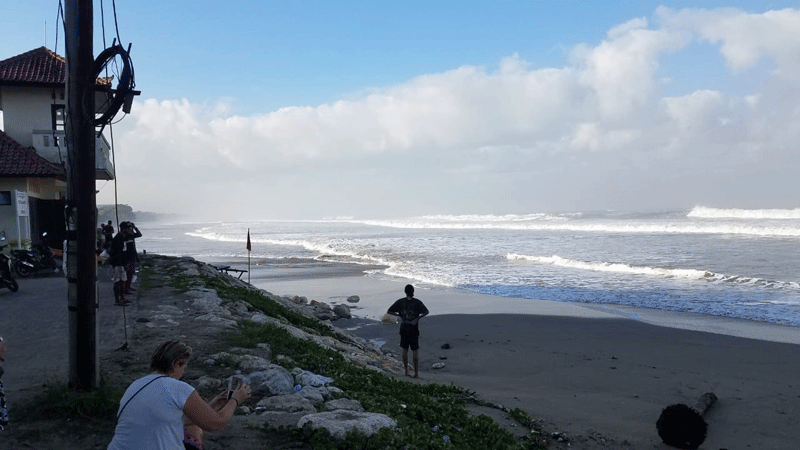 As far as the surf goes, it’s big, but not as big as they were forecasting a couple of days ago. The surf appears to dropping off already, but by this afternoon, as it cleans up, it should be pumping. Wax up your boards, it’s time for a paddle! (Update 12.40pm: It appears to be picking up with the dropping tide.) 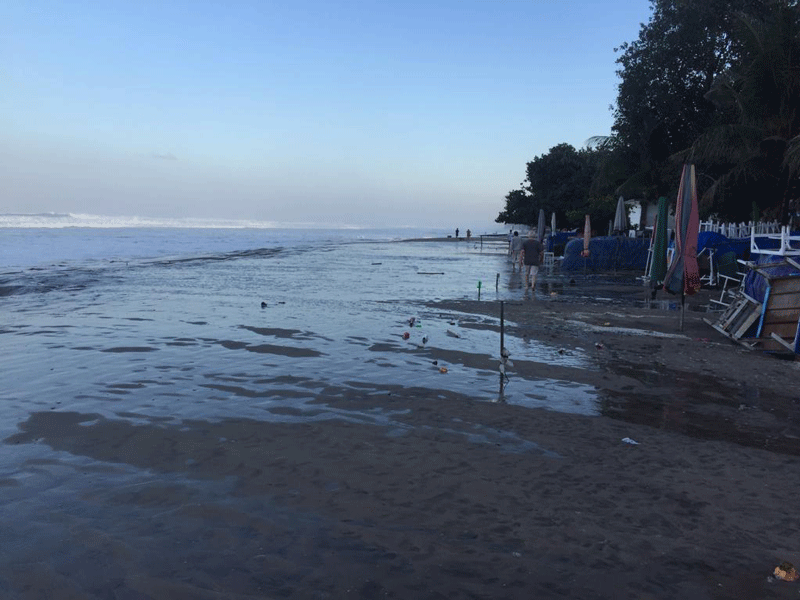