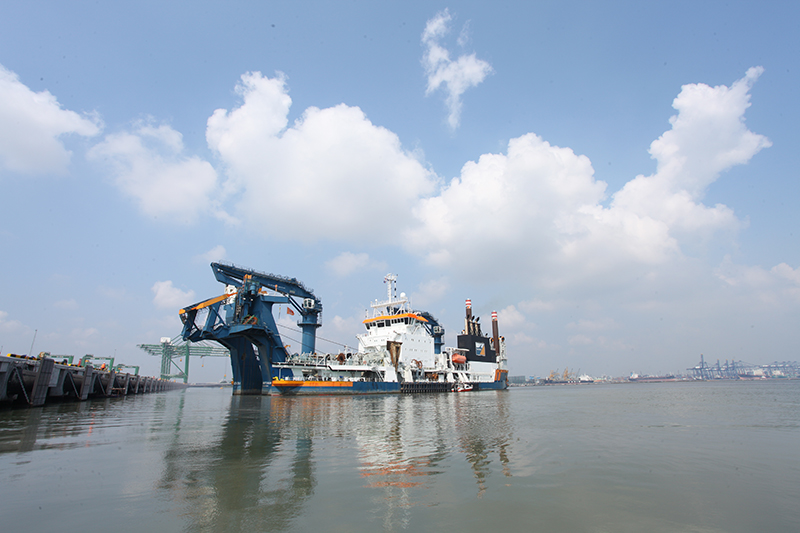 People living on the south Bali coast are beginning to wonder what’s going on with the sand dredging boats off-shore working day and night dredging masses of sand and apparently no locals have been told anything about it.

“Citizens of Kutuh Village and its surroundings are worried about the sand being dredged on the south coast,” said the Head of Bali Regional Representatives (DPRD) Commission I, I Ketut Tama Tenaya to balipost.com in Denpasar on Sunday.

He said one dredger is operating off Pandawa Beach and there is another one in Benoa Port. He also claimed that this massive exploitation will worsen the coastal erosion on the beaches, which is already happened from Tanjung Benoa, Nusa Dua, Kutuh, Ungasan, all the way to Pecatu.

“They are sucking the sand which causes the sea to become turbid and the locals did not like it,” he added.

Tama asked the government, especially the Bali Fisheries and Maritime Board, to check what is going on there because the sand dredging activities are disturbing local fishing activities, and the coastal erosion is getting worse. He said that the local government should pay attention to its citizens, whose livelihoods depend on the beach and the sea.


“There was no socialization with the people about the sand dredging operations for the Benoa Port and Ngurah Rai Airport projects,” he said.

Meanwhile, the Head of Bali Fisheries and Maritime Board, I Made Gunaja, said that his side hadn’t received any complaints about the sand suction activities. He also said that it was the district government’s task to handle the fishermen’s complaints. “So I don’t know if the complaints were forwarded to our department or not,” he said.

Gunaja said that his team had only received information about the damage from the wind and they have forwarded a request to the Maritime and Fisheries Ministry to ask for a help.

He also said that his department didn’t know anything about the dredging activities. “I don’t understand anything about it, because they obtained the permission from the Transportation Ministry,” he said. But, Gunaja did admit that he was asked by the governor to make a report about the technical considerations for the new Ngurah Rai Airport apron development. For Benoa Port, they appointed another department.