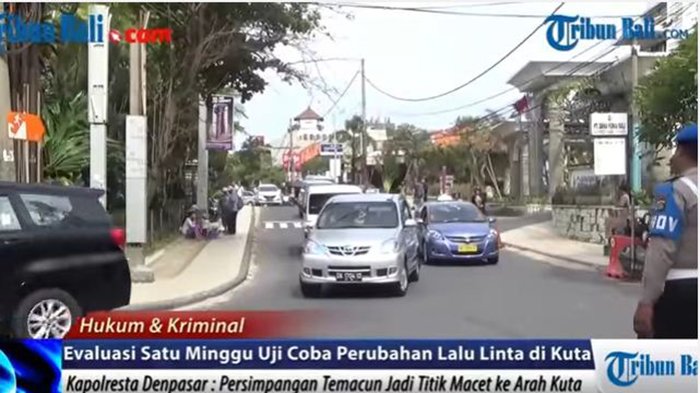 The new traffic trial run around Kuta has been in progress for over seven days now and police have said they’ll soon be conducting an evaluation of the result so far.

“We will coordinate the evaluation from the Ministry of Transportation and the police,” says Hadi Purnomo, Denpasar police chief, last Tuesday. “We’ve seen that the traffic is beginning to ease up but there are certain spots that need more attention.”

Purnomo says that one spot in particular that still needs improvement is Simpang Temacun (near Bemo Corner) because they cannot expand the road while the flow of vehicles passing it remains busy. “We will figure out how to make that area less congested,” he continued.

As was reported before (and well noted by most readers), there has been a trial of traffic direction changes in Kuta since February 1 which will last until Feb 28. So far there have been no fines given to vehicle owners who have violated the route changes. But as of March 1, at the end of the trial, the police will start disciplining drivers who go against the new routes.

[No mention of low season traffic jams around the Petitenget area and Jalan Kerobakan traffic remaining more or less the same as ever. Ed]