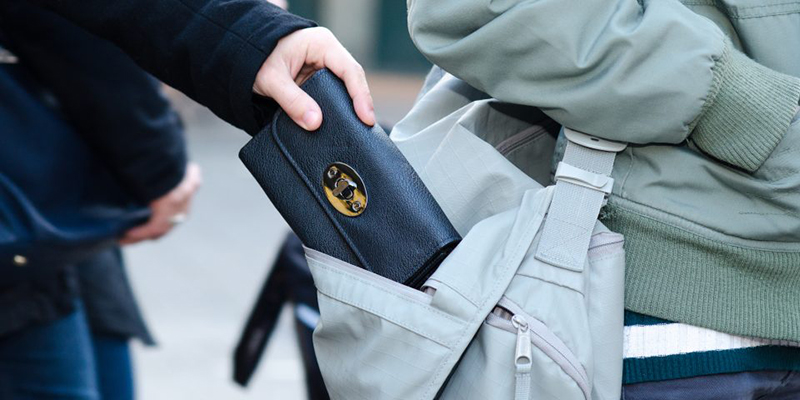 Six members of a pick pocket gang were arrested by the police and pecalang (local banjar security) at the Batuan Village Temple area, near Sukawati, Gianyar on Sunday. They are believed to have already committed the crime in several other provinces and areas around Bali, too.

There were eight suspects, but two of them escaped. Three women and three men were caught aged between 31 and 60 years old. They admitted that they already committed the same crimes in several tourism areas of Bali, Jogjakarta, and Jakarta and they have been targeting Chinese tourists. Their latest crime at Batuan Village Temple was recorded on CCTV, which led police and pecalang to arrest them at Batuan Village on Sunday at around 12.15pm.

Police and pecalang officers discovered that one woman was the main organizer and was responsible for taking the tourists valuables and money. Two other women acted as baits. Those two came to the temple dressed like rich tourists. They paid the entrance ticket and wore traditional costume. They caused a commotion at the temple gate and distracted the tourists, so the other woman can pick the pockets of people in the melee easily. She then passed the goods to another man. Meanwhile, two other men were the drivers and waited in their cars with the engines running. Fortunately, before they escaped, police and pecalang members caught their deeds on CCTV that was monitored by Batuan Village Chief, I Ketut Wastika, and they moved in to arrest them.


The Head of Sukawati Police, Commissioner Pande Putu Sugiharta, said that his team still pursued the other two syndicate members, who managed to escape from the Batuan Village Temple area. “We think they are still in Bali. We already secured their wallets and mobile phones. We will catch them soon,” he said to nusabali.com at Sukawati Polsek Headquarters. “We saw from CCTV footage that they escaped to the east side of the temple. We are still pursuing them,” he added.

He also said that police still were questioning the suspects. “They said it was their first time in Bali this week, but we will keep investigating. We also coordinated with Ubud Polsek, because there were a lot of reports of missing goods from Chinese tourists there. It could be related, because the suspects admitted that they had already been active in Ubud’s Monkey Forrest area,” he said.

They first came to Bali from Jakarta on February 19, 2018, and have been staying at Vikking Hotel on Jalan Diponegoro, Denpasar. “According to the investigation, they have already been active at Kuta Beach, Tanah Lot, Sanur Beach, Batuan Village Temple, Guwang Art Market, Sukawati Art Market, Monkey Forrest, and Tirta Empul Temple. They were targeting the Gianyar tourism area more,” he said.

Meanwhile, police found money with the amount of 3,280 Yuan and several mobile phones when they searched their hotel rooms. They are facing up to five years in jail.