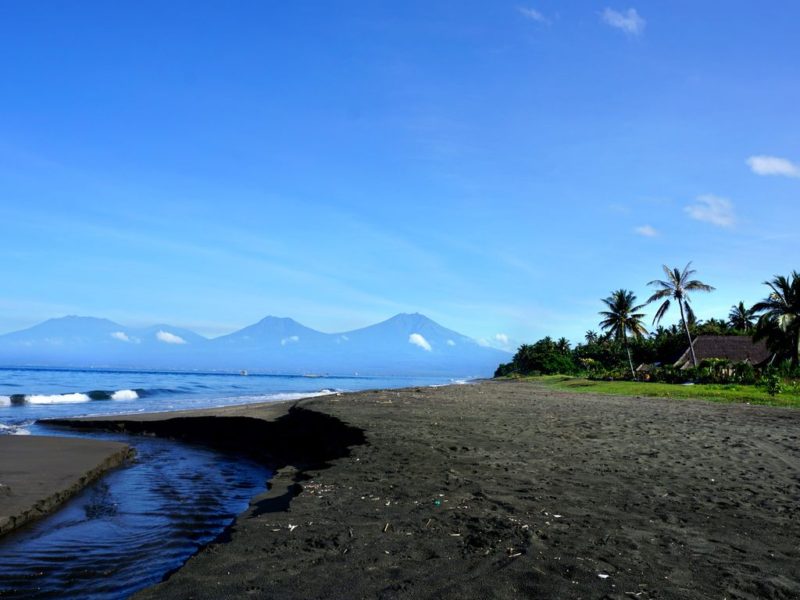 The big waves on Bali’s west coast this weekend made the beaches treacherous. Several people were swept out to sea by large waves and currents and one young girl unfortunately couldn’t be saved.

Dozens of Widya Asih Orphanage teenagers were on an excursion to Melaya Beach, Jembrana when tragedy struck yesterday afternoon.

Witnesses stated that the dozens of boys and girls were playing soccer on the beach and at around 4pm, seven of them went for a swim. Suddenly, they were hit by large waves and all dragged out to sea by the strong currents.

“Witnesses on the beach warned them several times not to swim further out because of the big waves,” said the Head of Melaya police, Commissioner Ketut Narma when asked by balipost.com.


After being warned, they all kept swimming and then another witness heard a scream asking for a help, and by this time they were already far out to sea. Four of the kids were holding onto a piece of floating wood, while the three others couldn’t get a grip. Fortunately, two of them could get to shore, however one girl, Amanda Tya (14) who could not swim, immediately drowned.

Head of the Widya Asih orphanage, Suastina Made Adi, who accompanied the children to Melaya Beach, had also tried to help. Together with a number of orphanage children, he swam out with truck tyre tubes they had brought from the orphanage and also given foam buoys to the two kids that made it back to the beach safely.

Tya Amanda and the six other teenagers were then rushed to the Melaya health center. However, upon arrival to the health center, Amanda Tya was declared dead.

Meanwhile, on Pekutatan Beach, two Saudi Arabian citizens who were staying in a beachside, Banjar Dauh Pangkung hotel, were also washed out to sea. A witness said that there was a scream for help and fortunately a hotel employee, Herry Sutiawan, 26, heard it. He grabbed a life buoy and swam to the drowning couple and then brought them back to the beach. They were taken to the Pekutatan medical centre. It was said that the female was pregnant and the couple were shaken but survived.

“We had already put up red flags for dangerous conditions,” said one of the hotel management staff.