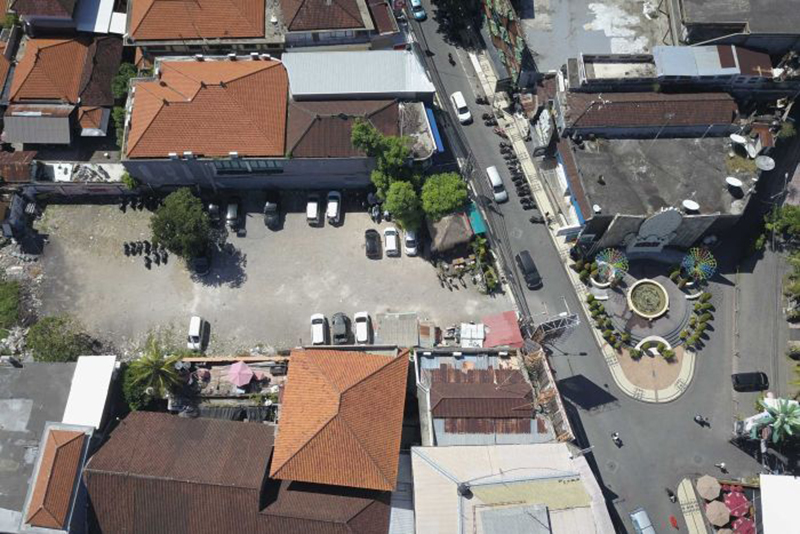 The owner of the ex Sari Club, Kuta, agreed yesterday to sell the land associated with the first Bali bombing to the Bali Peace Park Association (BPPA). The landowners stated that they are willing to release the land for the value of Rp 7 billion per are (one are is 100m2).

“The meeting between the Bali Peace Park and the owner of the land was to discuss the sale of the 700 square meter property in central Kuta,” said the local mediator, Made Badra to detik.com after the meeting at Aston Denpasar Hotel Hotel and Convention Center, on Jalan Gatot Subroto Barat, Denpasar on Monday (05/06/2019).

The meeting was attended by landowner’s representative, Lila Tania, BPPA Chair David Napoly and Badra. The meeting started at 11am and finished at around 3pm.

Badra said that the value of land price per are had been agreed upon. However, there are still compensation costs beyond the land price that have yet to be dealt with.

“The price was agreed at Rp 7 billion/are, but what needs to be discussed is compensation,” he continued.

Badra said that the compensation fee was to replace the expenses for applying for the Building Construction Permit (IMB) as well as potential losses due to the cancellation of the construction of the five-story restaurant on the site. BPPA has offered an amount of Rp 5 billion.

“This means that the land owners have planned to build with an IMB, so this now needs to be calculated and compensation given. Earlier from Australia the BPPA offered 500 thousand AUD, or the equivalent to Rp 5 billion,” he continued.

Badra said that there still wasn’t a deal between the land owners and BPPA about the cost of compensation. The plan is that each party will meet again for more negotiations.

“There will be a continuation in talks. It still needs to be discussed again, but I don’t know when. They still have a few more days,” he said.

Separately, the Head of BPPA David Napoly said that this discussion still needed a long process and he did not answer when asked about the price.


“We have not produced any resolution today, but we still have hope. In regard to the next meeting, it is up to the land owner,” he said.

Meanwhile, the Sydney Morning Herald’s headline this morning, ‘Plan to slug Aussie taxpayers millions for Bali Peace Park’ says a lot about the issues the Australian government may face with this situation.

Napoli said in the same article that the owners’ had demanded between $5-10 million in additional compensation if the proposed restaurant complex was not built.

“I am very reluctant to even entertain their claims for compensation for the potential of lost income,” Napoli said to SMH.

In a recent meeting with Australian PM Morrison, who has described the proposed restaurant development as “deeply disturbing”, Napoli said the prime minister had indicated to him the Australian government was prepared to consider making up the shortfall in money raised by the Bali Peace Park Association to buy the land.

Napoli also said opposition leader Shorten had offered bipartisan support for any funding deal that was struck and that it would be delivered if Labor won government (in elections on May 18), too.

In practice, that would mean the Australian government would have to spend at least another $3 million to pay for the site to be purchased – and potentially several million more – to build the peace park, and maintain it, before the new compensation claim was even been contemplated.