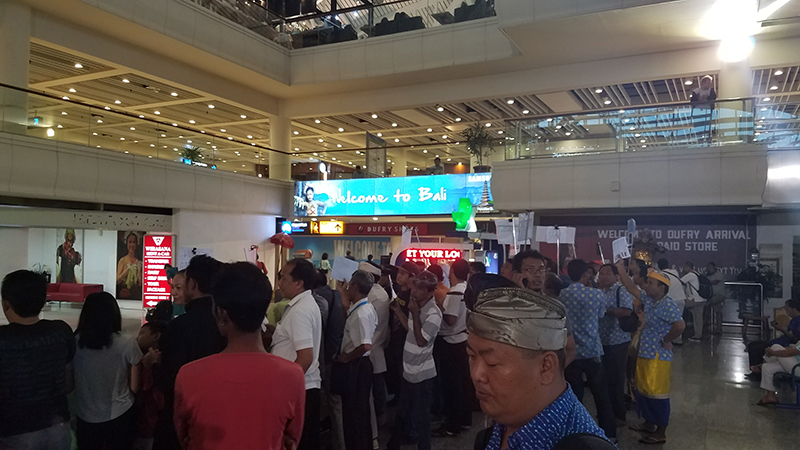 Russian and Malaysian tourist numbers were up in January, while Chinese were down.

“Russian tourists were up 4.53 percent from the same month a year before to a total of 12,989,” said the Head of Bali Province Centre of Statistics (BPS), Adi Nugroho, at Denpasar on Monday.

He told antaranews.com that the number had increased significantly from the previous month. “There were only 9,501 visitors on December 2017,” he said.


Nugroho also added that the number of Malaysian tourists that visited Bali was 12,938 visitors, with the majority coming by plane and 917 by ship. This was an increase of 804 visitors or 6.63 percent compared to the same month in 2017.

The Russian and Malaysian visits contributed 3.63 percent and 3.61 percent of the total foreign tourist arrivals to Bali during January 2018. The total was 358,065 visitors, an increase of 13.34 percent if compared to December 2017, which was 315,909 visitors. Adi Nugroho said that Russian and Malaysian numbers were third and eighth in the ranking of the top ten visitor countries to Bali.

In first position Australia was back with 24.20 percent, then China with 13.15 percent, India with 8.10 percent, Japan with 3.97 percent, Britain 3.92 percent, and the US with 3.83 percent. Meanwhile, South Korea was ninth and Singapore tenth.