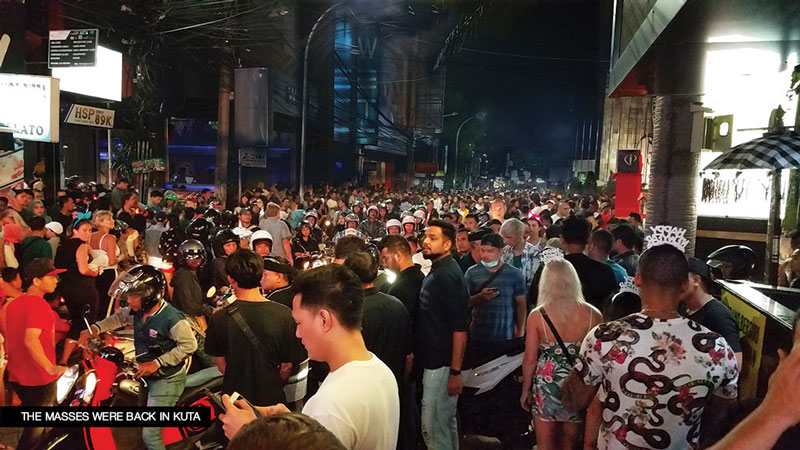 Road access to Kuta and particularly, the Kuta Beach area will be temporarily closed on Tuesday starting at around 4pm. Police advised tourists and visitors who wanted to celebrate the New Year in the Kuta Beach area to be prepared to walk to the beach.

The Head of Denpasar Polres Traffic Unit, Commissioner Adi Sulistyo Utomo, confirmed that the closure of roads to Kuta Beach will begin at around 4pm. Before the closure is implemented, the clearing of vehicles parked in closure area will be carried out from around 2pm.


“Vehicles can only go as far as Jalan Dewi Sri to Jalan Patih Jelantik. Vehicles that are passing on those two roads cannot go further and have to follow our directions,” he said to nusabali.com on Sunday.

The police also changed the traffic flow on Jalan Singosari starting from the Pasar Seni Intersection to Jalan Raya Kuta. The flow which normally goes from east to west will be reversed to west to east to divert the traffic flow from Jalan Kartika Plaza and avoid any crowded traffic at the Bemo Corner Intersection.

“Besides Kuta Beach, other major areas of activity will be Garuda Wisnu Kencana and the Denpasar Festival. We haven’t decided to close the areas yet. We will monitor the areas periodically and if the areas get too crowded, we will carry out a contraflow,” he added.

He advised drivers in all areas to obey the traffic signs. Police will be assigned to support the traffic flow. “I apologize for this trouble and I hope drivers will obey the signs,” he concluded.