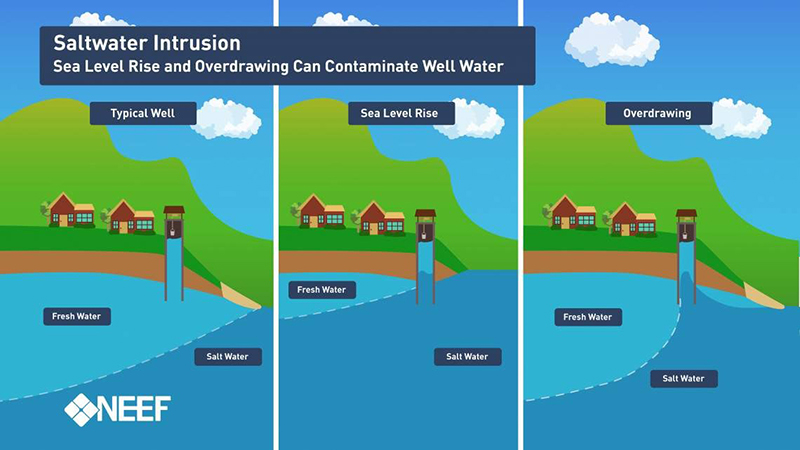 In a disturbing report from Udayana University, research has predicted that Bali will be out of freshwater around the year 2025.  According to the research, this is caused by ground water depletion and saltwater replacing what was once freshwater, which is known as saltwater intrusion.

The main cause cited for this phenomenon is the vast and rapid development of tourism on Bali. Every day, three million liters of freshwater, or over 60% of freshwater consumption in Bali, is consumed by the tourism industry.

“One of the main causes of the increasing freshwater depletion is the tourism industry and the freshwater deficit is occurring because the demand is larger than the supply,” said the Head of Udayana University (Unud) Construction and Environment Monitoring (PPLH), Dr. I Made Sudarma, M.S., to balipost.com on Wednesday.


Moreover, the greenbelt areas of Bali are becoming less because there are so many hotels, villas, and their supporting infrastructures being constructed around the island. If the exploitation continues and the green areas are lessened further, the freshwater supply will diminish and it would cause saltwater intrusion. “The area of most possible saltwater intrusion is South Denpasar, including Sanur,” he added.