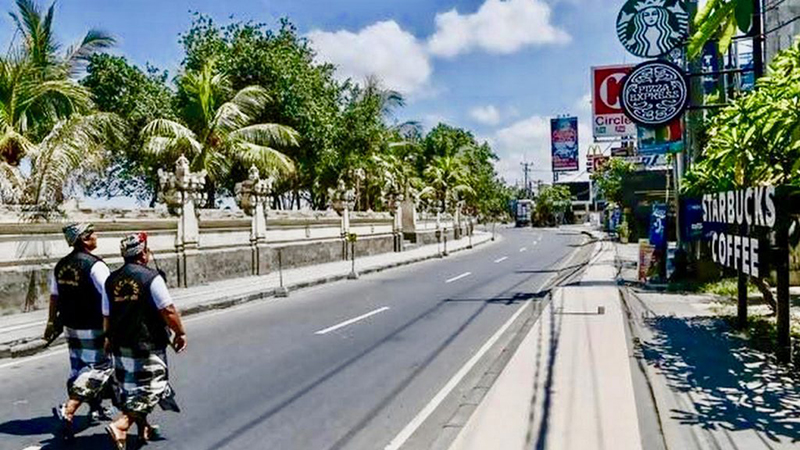 The board of Bali religious leaders have already asked providers to shut down internet services for 24 hours during Nyepi on March 7. They requested this because they want the day of silence to be more peaceful.

“The purpose is the same as last year, which was to help Hindu people celebrate Nyepi peacefully and prevent any provocation from social media posts,” said the Head of Bali Hindu Dharma Parisada, Prof. Dr. I Gusti Ngurah Sudiana to detik.com in Denpasar this week.

Sudiana said that there were many provocations and bad words used on social media in the past during Nyepi, with some ending in disputes.


“Last year, Nyepi was peaceful. We hope this year it will be better (probably meaning that all providers will shut down. Ed) and Hindu people can celebrate the day in comfort,” he added.

Even though they asked the government to shut down internet for 24 hours, Sudiana said that there were exceptions for government facilities, hospitals, airport, security, etc.

Sudiana also said that his side has coordinated with internet providers on the eastern side (Lombok, West Nusa Tenggara) and the western side (Surabaya) to anticipate the issue of the internet still being on until mid-day last year.

“We thank the President, the Communications and Information Minister and the internet providers for helping us last year,” he said.

He said that the advice has been approved by the Bali Provincial Government, the Ministry of Religion, Bali KPID, and the other parties at a meeting, which was held on February 7, 2019.

He also said that Bali received an award from the USA last year because Bali could intentionally stop the internet for 24 hours, while nowhere else in the world could do that. (The source story didn’t say exactly what that award was. Ed)