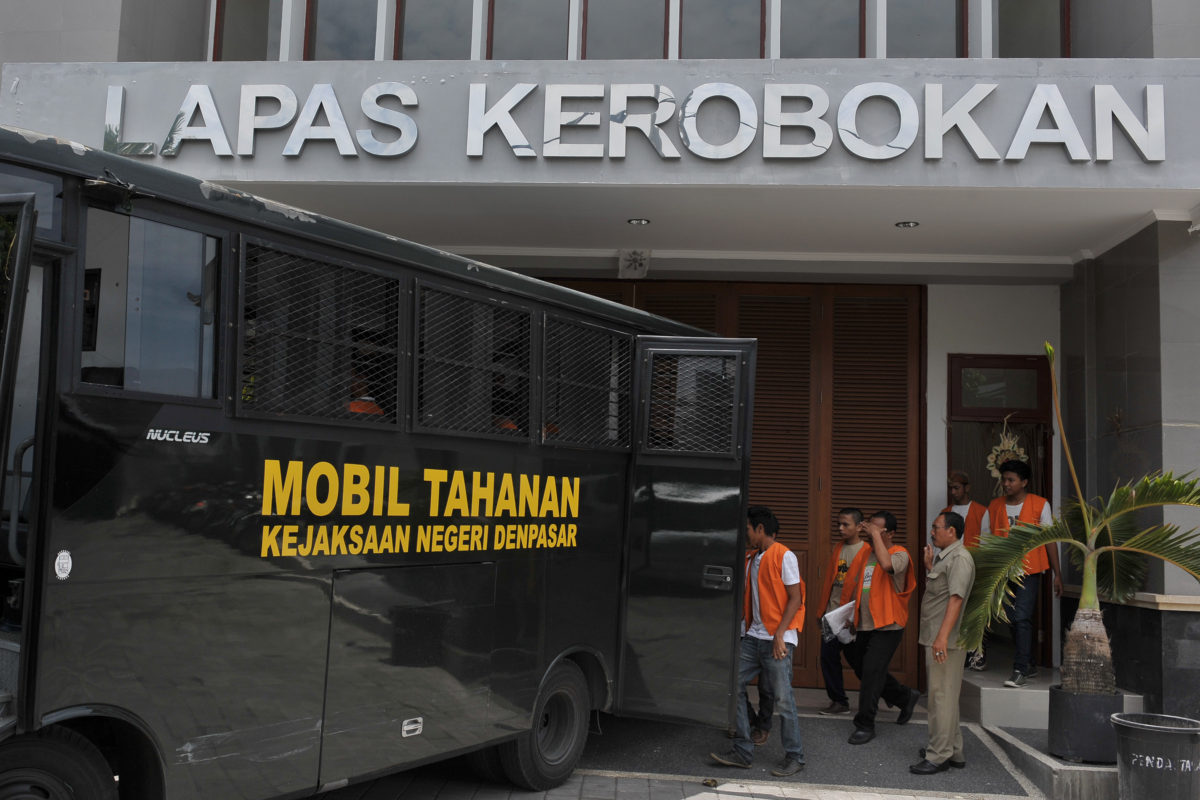 Security was on high alert as a joint team of Badung Police, Bali National Police, and the Mobile Brigade Corps (Brimob) were on guard at Kerobokan Prison, this morning, complete with a mobile water cannon. The action created a massive traffic jam for early morning commuters in the area.

The police were present for the reconstruction of the escape of four foreign inmates last month. The two prisoners captured in East Timor a few days after the break out, Dimitar Nikolov from Bulgaria and Sayed Mohamed Said from India were also present.

The prison area was cleared for the reconstruction and later will continue along Jalan Mertanadi and to the airport. “The plan also includes going all the way to East Timor,” said Ruddi Setiawan, Deputy Director of Bali Police Crime Division.

The deployment of a large number of officers was obviously for extra security reasons, and it even involved officers from CTOC (Counter Transnational & Organizational Crime).

“We will have five ‘scenes’ here in the prison, then we will continue to other locations,” Setiawan added. “We are also backed by [people from] Bali Regional Office of the Ministry of Justice and Human Rights and Kerobokan prison.”

Last Monday the head of Bali Police, Dr. Petrus Reinhard Golose, remarked that they would soon conduct a reconstruction of the escape, after questioning more than 20 witnesses. He also mentioned that there is a new suspect which will be revealed after the reconstruction.

As was previously reported, the four inmates who were confined in the prison’s Bedugul Block escaped through a tunnel last month on June 6. Two have already been caught while Australian, Shaun Edward Davidson (33) and Tee Kok King Bin Tee Kim Sai (50) from Malaysia, are still on the run.