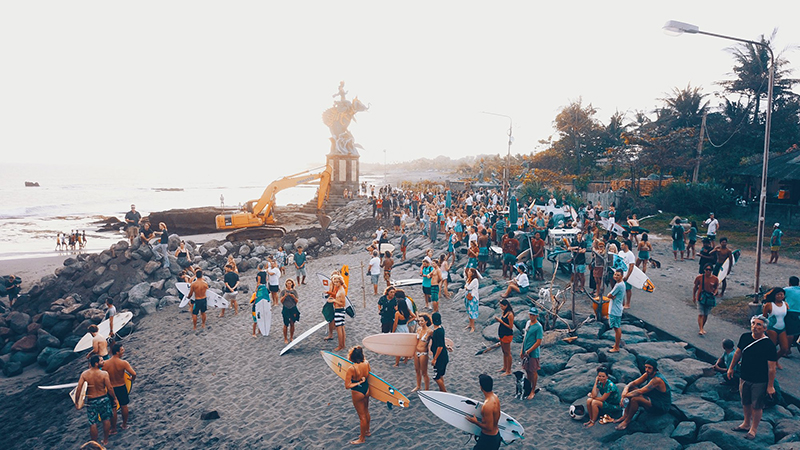 Hundreds of surfers and other concerned citizens of Canggu were protesting the development of one of Bali’s favourite surfing beaches yesterday afternoon.

According to details of the development plan, which can be seen below, the project will be developing a section of Perenenan beach into a boardwalk style promenade, beachclub, and housing development. The area is prone to beach erosion during the wet season but surfers and environmentalists believe the construction of the groins and promenade will create more erosion and the possibility of destroying the quality surf break in front of the river mouth. 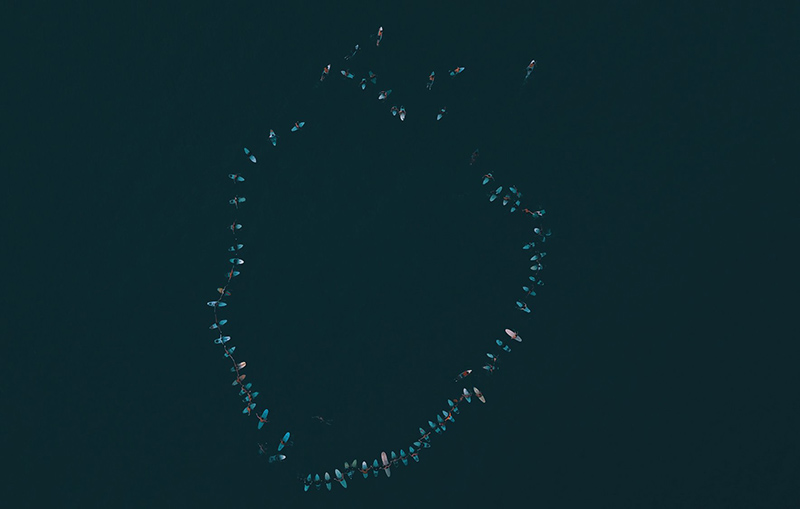 Surfers form a circle out to sea in protest to more concrete on the beach.

To our knowledge, there was minimal consultation with the local people in the area and kept hush hush as the environmental impact study was developed. The development is a local banjar and government funded project.


While some people are saying the project will be good for the local economy, others are saying if they destroy the beach no tourists will want to go there.

A call was put out by surfers in Bali, mainly through social media to take a stand yesterday at 5pm on Pererenan Beach against what would be another staggering loss for surfers on the island.

Surfers gathered at 5pm at Pererenan Beach to “Save the Wave”. A memo circulated by the Persatuan Selancar Ombak Indonesia (PSOI) Bali Province prompted all board-riders in Bali to get involved and show solidarity for the cause.

Promotional video of the project. 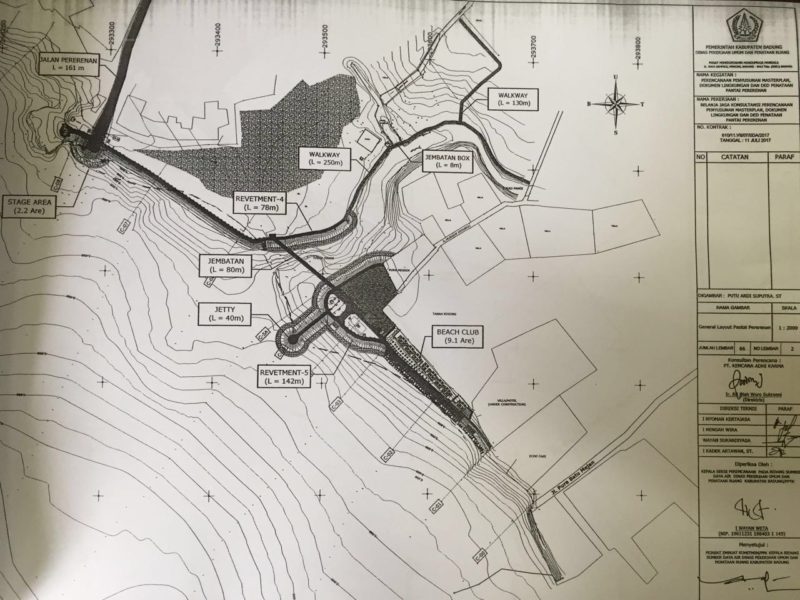