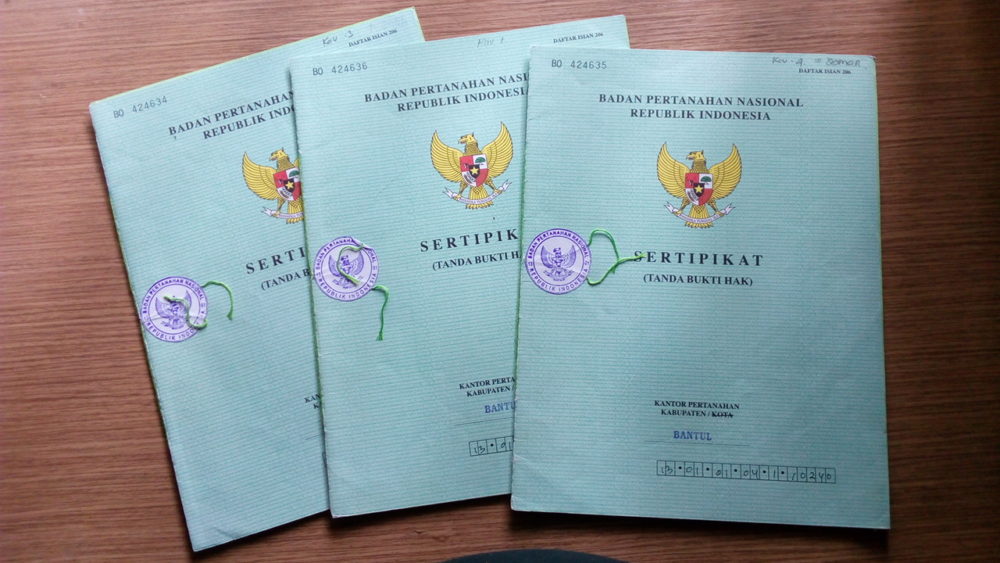 Indonesian President, Joko Widodo, was on a state trip to Bali today and one of the chief issues on his agenda was the distribution of land certificates to the people of Bali.

As stated in Metro News, the President and his entourage arrived at Puputan Square, Renon, Denpasar this morning at 11.15am to conduct the ceremony after attending the National Meeting of the Hanura Party at The Stones Hotel, Kuta.

Widodo handed out 5,903 land certificates which were accepted by 12 representatives of the people. The certificates are for land spread across eight regencies—Badung, Bangli, Buleleng, Gianyar, Jembrana, Karangasem, Klungkung, and Tabanan—and in Denpasar. He explained that there were 200,000 land certificates given to the people of Bali this year. He also promised that all land on the island of Bali would have certificates by 2019.

In his speech he hoped that there will be no more land conflicts as now there is proof of land ownership and he asked people to safeguard the certificate. “Please keep it carefully. If your roof is leaking, cover the certificate with plastic and laminate them.”

Recently the President has been on a tour around the country giving away land certificates to people in Banyumas (Central Java), Balikpapan (East Kalimantan), and Riau (Central Sumatera), seeing how there are still many people who don’t possess land certificates, or if they do have some sort of legal documents, they only have the Rights to Build (HGB) certificate that only gives them ownership to the property they built on the land, making the land vulnerable to be claimed by other people or by the state.

“This certificate is proof of your ownership; it is your right as stated by the law,” said Widodo earlier in May when he handed out 10,038 land certificates to people living in East Java, as reported by Kompas. “It will be easier when you have this—no one is going to try to claim your land.”