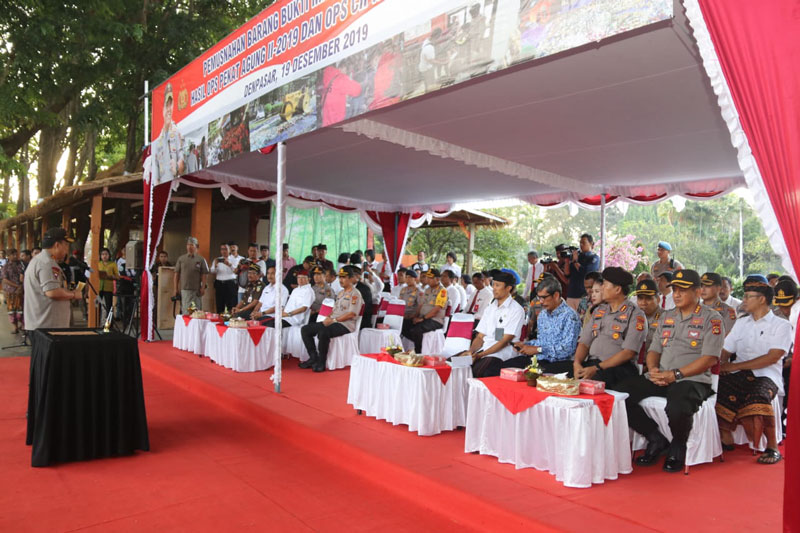 Bali Polda destroyed thousands of litters of alcoholic drink in front of the Puputan Badung I Gusti Ngurah Made Agung Field on Jalan Surapati, Denpasar, on Thursday right before the Christmas and New Year’s holidays. The alcohol was collected from various sources during the Operation Pekat Agung II during 2019.


“We collected all this contraband during Operation Pekat. I appreciate the visit from Bali Governor Wayan Koster, who wanted to witness the activity,” said the Head of Bali Polda, General Inspector Dr. Petrus Reinhard Golose to balipost.com. 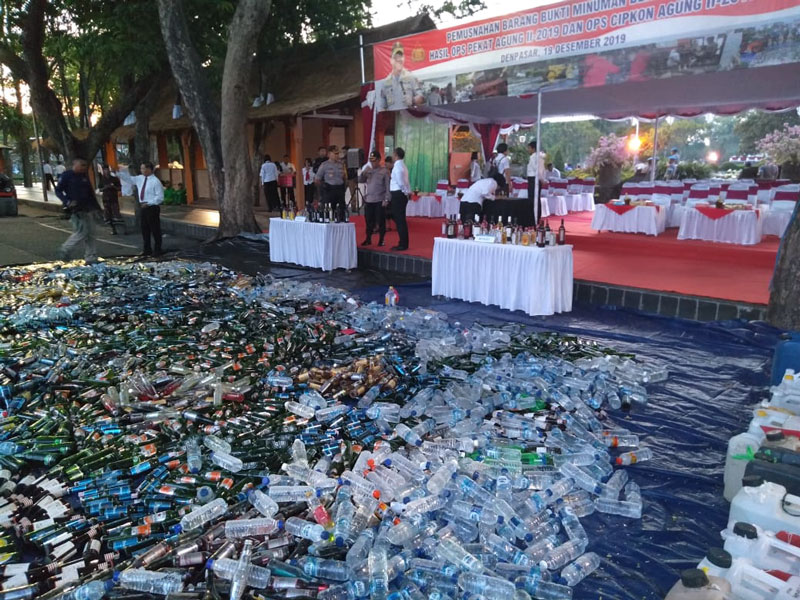 Golose also said that his team had also wanted to eliminate potential crime by doing this. “We have destroyed these illegal alcoholic drinks as the seller didn’t have any permits to sell them,” he said.

He explained that their next target is a crime that is dangerous and attracts their attention, street crime. “We will eliminate it. We will also cooperate with National Army (TNI) and related stakeholders to prevent street crime in the future,” Golose stated.