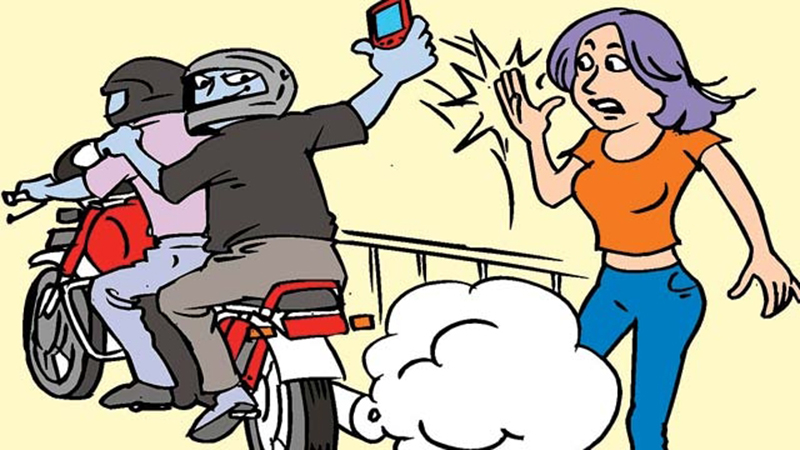 The Head of Denpasar Polres, Commissioner Ruddi Setiawan, said that the gang had admitted carrying out their crimes on 21 occasions since January 2019. They targeted foreign tourists while they used their smartphones around the Kuta and North Kuta areas.

They followed their targets and snatched their phones when they used them in quiet places. “For example, they targeted tourists who used their phones to search places thru Google Maps,” he said to beritabali.com on Thursday.


The case began when several foreign tourists from Australia and Singapore reported their phones snatched when they opened Google Maps.  One of the victims was injured because the thieves kicked his motorcycle, and after the victim fell they took Rp 12 million from the seat compartment. “The case went viral on social media,” he added.

Police were quick to investigate the case and arrested Komang Tambun on May 6, 2019, at Pemogan area, South Denpasar. Then they arrested Mohammad Amin a week later at his house in Taman Griya, Jimbaran. Meanwhile, I Komang Devayana was arrested in Karangasem on May 19, 2019. The suspects sold the phones to their fences for Rp 650,000 to Rp 2,000,000.

“They used the money to have some fun,” the policeman said. Police secured 12 smartphones, 13 phone cases, three motorcycles and a pair of motorcycle registration plates. “We still pursue other suspects involved,” he concluded.