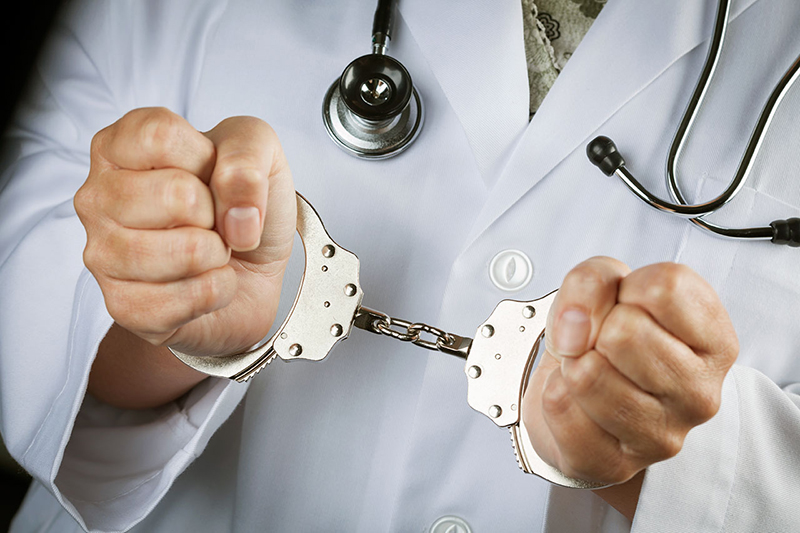 A woman pretending to be a doctor managed to swindle an elderly couple and elderly man out of millions of Rupiah.

The online clothes retailer managed to deceive a couple, Ni W.L., 66, and I M.R., 72, who lived off Jl. Imon Bonjol in West Denpasar, but police arrested the woman at her victim’s house on Monday.

“She asked the couple for Rp 5 million for each medication, and bought medication four times, so the total payment was Rp 20 million. The woman is suffering breast cancer,” said the Head of West Denpasar Polsek, Commissioner Gede Sumena on Tuesday.

Police Commissioner Sumena said that the suspect had carried out the crime since December 2017 and she claimed to be a surgeon at Sanglah Hospital. She and the victim met on a street and had a conversation. “After they talked for a while, the victim told the younger woman about her breast cancer, and then the suspect claimed to be a doctor and said she could cure her cancer,” he said.

The suspect came to the victim’s house later and injected her with a drug. “The syringe and drug were bought at a local pharmacy and we are still investigating the liquid she used in the syringe,” he said.


“The victim and her family reported the woman to police. Then the suspect was baited to come to the victim’s house, and when she arrived police arrested her,” he said to balipost.com.

The other victim, W.A., a retired high school administration officer, said he was deceived by the suspect until losing Rp 180 million.

The suspect also said that she had two big houses and four cars. W.A. said that he went to her boarding house asking for his money. “But the suspect was furious. She took a knife in the kitchen and threatened to kill herself. I didn’t want anything bad to happen and just went home,” he said.

W.A. also said that he already reported the case to West Denpasar Police. “She also accused me of stealing her mobile phone. After I called police, the mobile phone was found at her boarding house room,” W.A. said.

Relating to Anton’s report, Commissioner Sumena said that his side was still investigating the case.