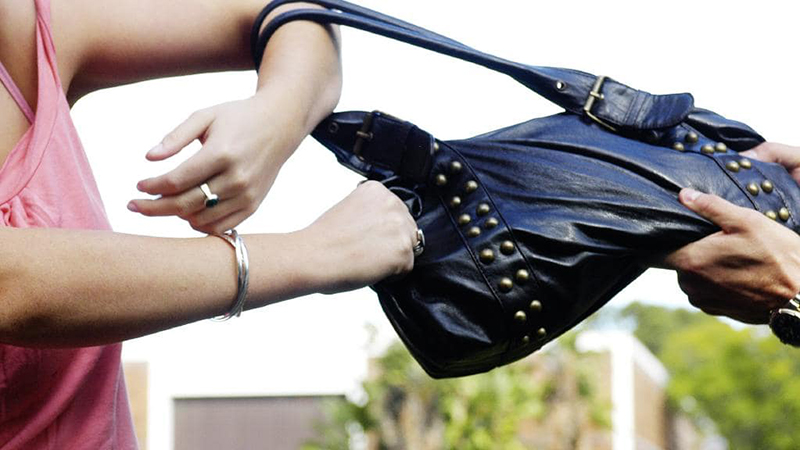 Kuta police arrested a bag snatcher, always targeting foreign tourists in the Seminyak area, who had just been released after being imprisoned for the same crime in 2015.

The local man, MR (44) was arrested after a Dutch visitor reported having her bag snatched to police. Besides her, police had also received another 11 reports in the same area.

According to Merdeka.com, the crime occurred on Thursday (12/4) at approximately 7pm at Jalan Braban, Jimbaran Carik, Seminyak.

Through the investigation and information from the community, police knew the perpetrator often traveled around the Seminyak area using a black motorcycle with the plate’s number DK 6216 AAE. Armed with that information, the Criminal Operations Team (Opsnal) began patrols the same day around Jalan Kunti and Jalan Dewi Saraswati, Seminyak.

Subsequently, police saw and pursued the perpetrator on Jalan Kunti and was successfully secured at the Sunset Road traffic lights. However, the suspect resisted arrest and tried to throw away goods on the roadside. After checked, the goods was found to be foreign currency.

The perpetrator was secured at the Basangkasa police post in Seminyak, but by the time they had arrived to the post, a crowd had gathered and began beating up the accused. As more and more people arrived, the Opsanal team took the man to Trijata Hospital for medical treatment. [And to save his skin, one would suppose. Ed]

“All his victims were foreign tourists that were on vacation in Bali. Most of them fell from their bikes in the act and were injured,” said the Head of Kuta Polsek, Commissioner Nyoman Wirajaya to kumparan.com at Ground Zero, Kuta, on Monday.

Based on the police investigation, he committed most of his crimes in North Kuta area.

“He admitted that he had been snatching bags in the Seminyak and Canggu areas. From the CCTV footage, we suspect 7 or 8 crimes were carried out by him. We have asked for help from Bali Polda cyber team to investigate the locations of these crimes,” Wirajaya said.

Police also secured evidence such as an iPhone 7 and a Vario motorcycle. Also, there were Vietnamese Dong notes, Singaporean Dollars, and Indian Rupees. Wirajaya said that the man had became a snatcher because he wanted to be a Village Chief. “It was the same reason in the last case,” he said.

In the last three months, Wirajaya said that police had already arrested around 50 bag snatchers around southern Bali.

“For the last three months, maybe there were 50 suspects. 90 percent of their victims were foreigners,” he said. Wirajaya said that police will coordinate with hotels around the area to inform their guests to be careful when they went out and how they carried their valuables.