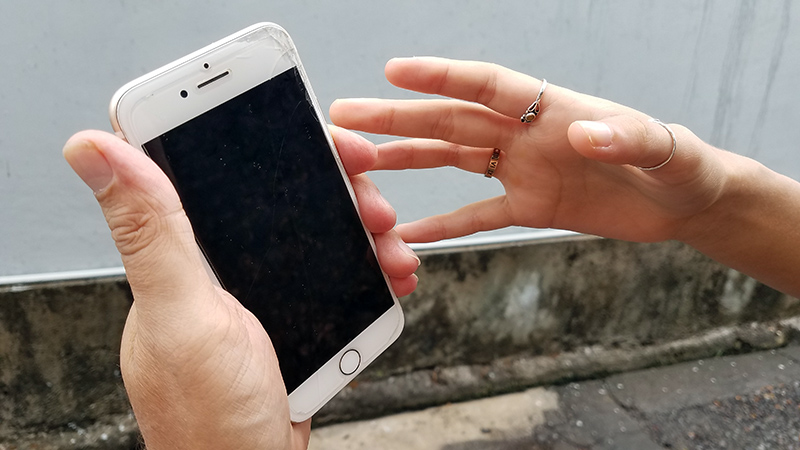 Kuta Polsek arrested another motorcycle snatcher, who was targeting foreign tourists, on Sunday.

Local man NK, 25, was arrested on Jalan Juwet Sari, South Denpasar, after he had snatched a mobile phone from an Australian tourist, Pierre Zakhia, 46.

“The man had the phone grabbed out of his hand on Jalan Melasti, Legian,”said the Head of Kuta Polsek Criminal Investigation Unit, First Officer Aan Saputra to balipost.com.

On Saturday night (or Sunday morning) at around 12.30am, the victim was heading home to Legian Beach Hotel, Kuta. As he neared the hotel, a motorcycle appeared next to him and the driver snatched the man’s mobile phone. The tourist reported it directly to the Kuta Polsek.


Based on the report, a police team, led by First Officer Aan, went to the crime scene to investigate.

According to one witness the suspect was seen often around Jalan Juwet Sari, South Denpasar. The police went to the location, found the man and he was arrested. They also secured a number of items, which allegedly were going to be sold by the suspect. After a short interrogation, the suspect admitted that he had already snatched three times more that night and morning. The first one being at midnight on Jalan Sunset Road with an accomplice. They snatched an iPhone 6 Plus at that time, which was sold for Rp 500 thousand.

Later at 2am on Jalan By Pass Ngurah Rai, near Simpang Siur the pair snatched an iPhone 7 Plus, for which they received Rp 1 million. And the third was on Jalan Padma, Legian also on Sunday. At that time, the suspect acted alone and snatched an iPhone 6 Plus. The phone was sold by another colleague for Rp 300 thousand, which the suspect claimed he had still not yet received his share.

“We are still investigating this case and tracking the network. We hope we can reduce the snatching cases in Kuta,” said First Officer Aan