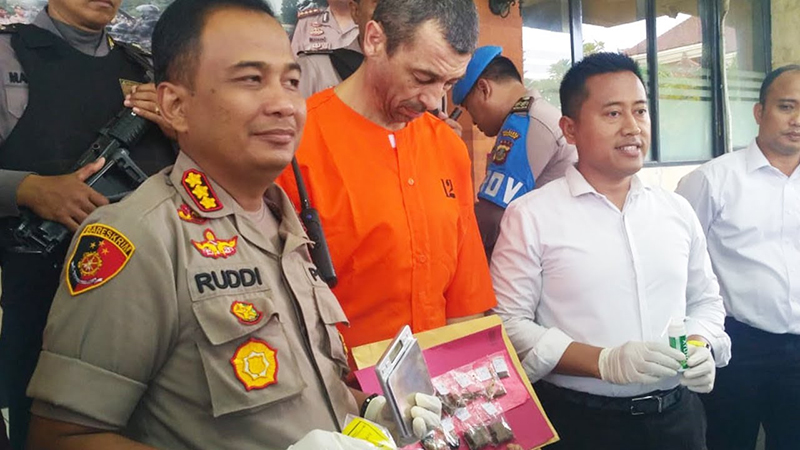 A joint police team from Denpasar Polsek and Counter Transnational and Organized Crime (CTOC) arrested a Frenchman, S. P., 44, at his home on Jalan Danau Tondano, South Denpasar on Friday. He was detained as a suspected drug dealer.

“He works as a garden consultant, but we believe he is a drug dealer,” said the Head of Denpasar Police, Commissioner Ruddi Setiawan to balipost.com on Monday.

Ruddi said that the case began when several residents reported to the police that a foreigner was dealing drugs from a villa on Jalan Danau Tondano. The joint team monitored the house and investigated the situation. On Friday at around 6.30pm, the police saw the suspect passing through Jalan Danau Tondano and stopped him, but after police searched the man they couldn’t find anything suspicious. “Then we brought him to the villa,” Ruddi added.

“According to his statement, the suspect bought the drugs for Rp 8.7 million. He took a fast boat from Padangbai, Karangasem to Gili Air, Lombok to buy the drugs. After that, he came back to Bali and stored them in his villa room,” Ruddi explained and also said that his side is still investigating the case further.

“I hope we can uncover his network in the near future,” he concluded.