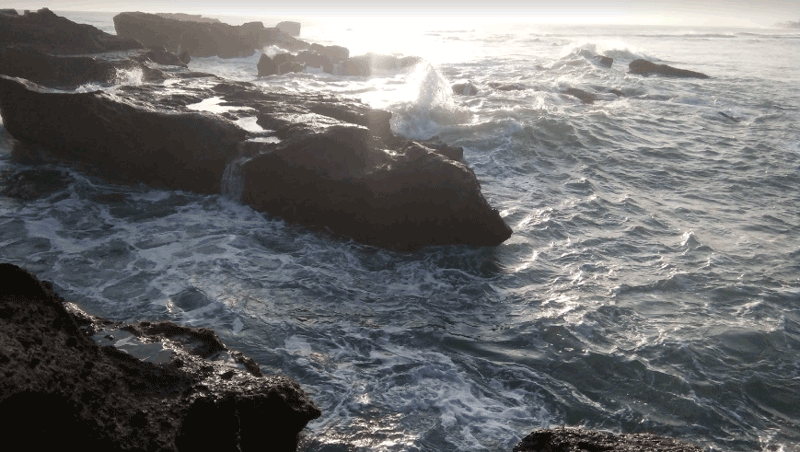 A local photographer was taking pictures of his foreign model at Enjung Kesambi on the western side of Nyanyi Beach, Tabanan when big waves hit them on Sunday at around 8am. Fortunately, a villa employee saw the incident and quickly helped them. The female model was unscathed but the photographer suffered minor injuries as he was stuck in the middle of the coral reef and hit several times by the waves.

A witness said that the incident began when the photographer, I Putu Romy Permana, 28, was taking shots of his Russian model, Anatesia, 34. The session was held on Enjung Kesambi, which has become a favorite spot for photo shoots in recent times. Suddenly a big wave came from nowhere and hit both of them.


According to Bali Post, the incident was seen by a Tantangan Villa employee, Ni Made Artini, 38, who threw a buoy into the water to help them. The model, who could swim, grabbed the buoy. Meanwhile, the photographer, who couldn’t swim, was stuck in the middle of the reef and hit several times by further waves. Local authorities and lifeguards were called who quickly came to the scene to pluck the man off the reef.

Another young man was not so lucky as he went missing off Seminyak Beach on Sunday at around 5.30pm and was discovered lifeless a day later on the beach in front of Pullman Hotel, Kuta this afternoon at around 3.30pm. The dead man, Semri Fay, 19, from Central Timor, according to an article in Jawa Pos, was evacuated by lifeguards to Sanglah Hospital.