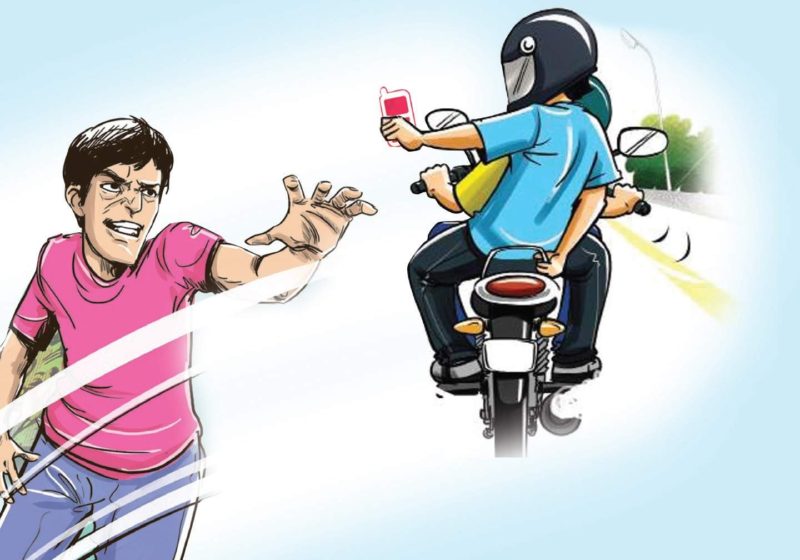 THE POLICE have stated clearly that they are determined to catch bag snatchers and pickpockets in the Kuta/Seminyak area. After arresting dozens of bag snatchers in recent months, Kuta police rounded up a major phone snatching syndicate consisting of the main alleged thieves and their fence last Friday. There five men, or boys, in total.

Dozens of mobile phones, more than Rp 60 million cash, and three motorcycles were secured in houses in Denpasar. “It is believed they have already snatched hundreds of mobile phones. They mainly targeted foreigners,” said the Head of Kuta Police, Commissioner I Nyoman Wirajaya, who was accompanied by the Head of Criminal Investigations Unit, Inspector Ario Seno Wiboko, at a press conference in Denpasar on Monday.

Wirajaya said that the police operation began after the first suspect, Patkay, 15, was caught by police. Then a team from Kuta Police headquarters raided two houses in Denpasar picking up two more suspects aged 18 and 31. After their interrogation, police raided another house where more suspects, including a fence for the stolen goods was also caught.


“From the interrogation, the suspects admitted that they had robbed on 11 different occasions in the Kuta/Seminyak area,” Wirajaya said.

“We will keep pursuing these bag snatchers. We are committed to lowering the snatching cases in the Kuta/Seminyak area,” Wirajaya said to balipost.com.

The police also arrested a pickpocket suspect, KPL, 25, on Jalan Juwet Sari, Pemogan in South Denpasar yesterday. He has been accused of offering an ojek service to a young Finnish woman, then snatching the iPhone from the victim’s back pocket.