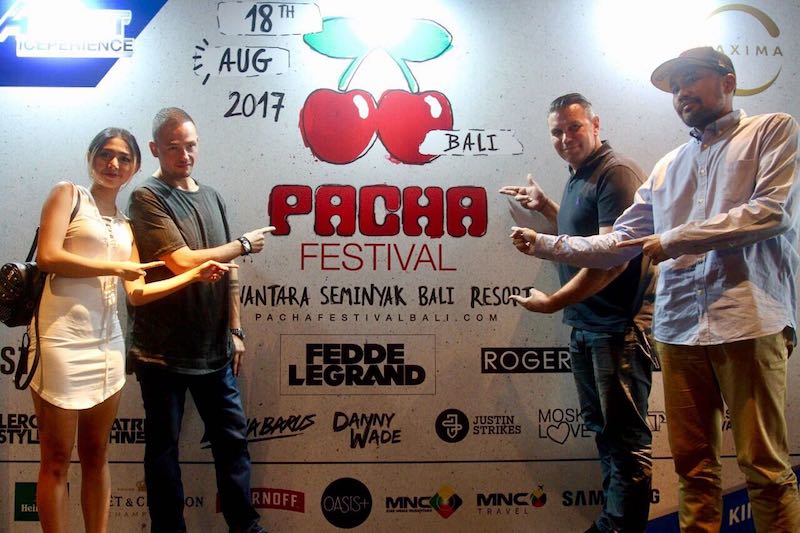 One of the biggest electronic dance music festivals in the world, Pacha Festival, will be held in Bali on August 18th,  electrifying the  Anantara Seminyak Bali Resort and marking  the first time the festival will be held in a Southeast Asian country.

“We are bringing the Pacha Festival which originated in Ibiza, Spain, for the first time to Bali,” said Chairri Ibrahim, the General Manager of Maxima Entertainment and promoter of the festival, to reporters at a press conference in Jakarta yesterday, as quoted by Kompas. Pacha Festival has been around for the past 50 years in Spain, but it’s only in the last five years that the festival has visited  other countries, namely Amsterdam, with Tokyo having its turn next year.

“We will try to create the true Ibiza ambience here for fans of dance music in Bali,” Ibrahim said.

As to why they picked Bali, he explained that that was the decision made by the organizers of the Pacha Festival themselves. “They saw similarities between Ibiza and Bali. They said, let’s do the party here! They want to transport that Ibiza ambience to Bali.”

There will be two stages at the festival. The main stage will be at the front of the hotel with the dance floor  on the beach, while the second stage will be located on the rooftop.

“There were three stages in Amsterdam, while here we only use two because the location is in a hotel. It was an open space in Amsterdam, and they transformed the area like Ibiza. And that is what we are going to do as well—transforming Anantara into Ibiza. The dance floor will be at the beach so it is truly going to be a beach party” explained Ibrahim.